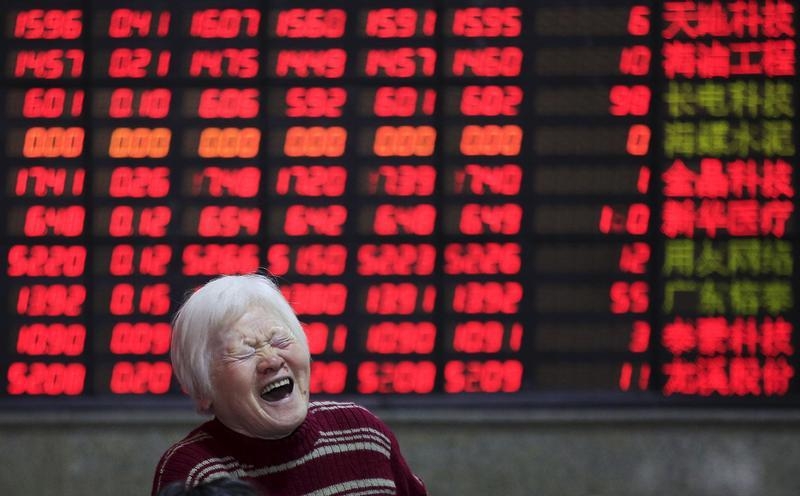 China’s biggest movie distributor has had a blockbuster opening week. Shares of China Film have more than doubled in their first week of trading, bringing the group’s market value to nearly $5 billion. Never mind that ticket sales are falling across China. Artificially low prices and curbs on new issues mean that post-flotation performance is often divorced from fundamentals.

The state-controlled movie group premiered on the Shanghai stock exchange on Aug. 9. Institutional and retail investors, respectively, placed orders of more than 2,500 and 1,300 times the shares on offer. Its shares soared the maximum 44 percent allowed right after an initial public offering. Since then, they have risen 10 percent a day, again the maximum possible increase.

That looks odd, at first. China Film’s core distribution business is slowing while plans to push into movie-making and cinemas will pit it against powerful rivals like Dalian Wanda and Alibaba. Overall cinema ticket sales in China, having been puffed up by subsidies, are now falling for the first time in years.

But the market mania follows a familiar script. The China Securities Regulatory Commission has dragged its feet on reforming the IPO process to allow markets to play a bigger role. Instead the CSRC has reined in the number of new listings, creating a backlog of hundreds of companies waiting for approval to float.

The artificially low prices force issuers to leave a lot of money on the table. That in turn guarantees dizzying IPO returns, which then attract even more investors. Shares of the 10 largest listings in the first half of this year have soared an average 260 percent, Breakingviews calculations show. Meanwhile, the benchmark CSI 300 index is down 8.5 percent since the start of the year. China’s IPO markets are badly disconnected from the real world. But this is unlikely to change as long as authorities insist on directing everything.

An investor reacts in front of an electronic board showing stock information at a brokerage house in Shanghai, China, March 7, 2016. REUTERS/Aly Song TPX IMAGES OF THE DAY - RTS9LBW

Shares of China Film Co, a state-run movie distributor and producer, rose by the maximum 10 percent in early trading on Aug. 15, to 18.79 yuan.

China Film shares have hit their daily limit each day since its Shanghai debut on Aug. 9 and are up 111 percent from its initial public offering price of 8.92 yuan per share.

The portion of the IPO sold to institutional investors was 2,501 times over-subscribed, while individual investors placed orders equivalent to 1,362 times the shares they were being offered, according to IFR, a Thomson Reuters publication.

Box-office sales fell 10 percent in the second quarter of the year compared to the same period last year, Reuters reported on Aug. 11, citing data from EntGroup. That marks the first decrease in about five years. Visits to cinemas fell 15 percent year on year in July.