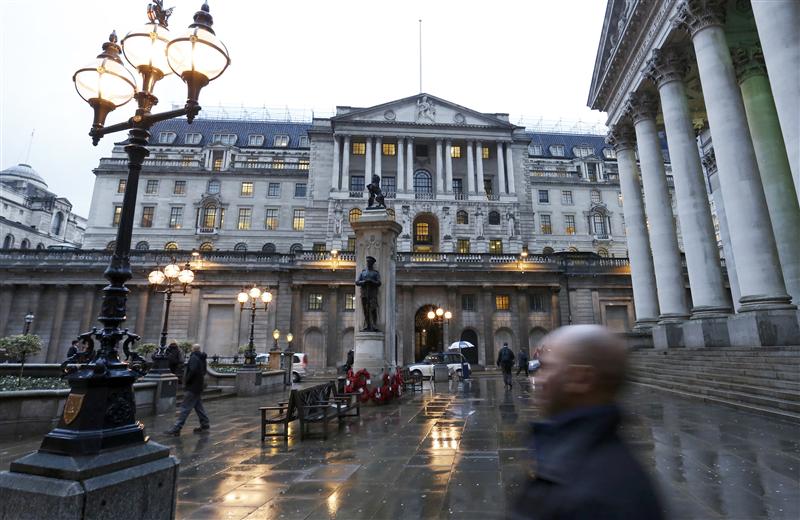 The Bank of England is discovering the downside of being the City of London’s chief watchdog. The central bank is under pressure from financial institutions to set up a currency swap with the People’s Bank of China. Such a move would help to boost London as a centre for trading offshore renminbi. However, worrying about the City’s competitiveness also risks blurring the BoE’s main objective of preserving financial stability.

With an estimated 38 percent of global foreign exchange transactions flowing through the London, bankers are understandably concerned about China’s rise. A year ago, the City launched a big push – endorsed by George Osborne, Britain’s chancellor of the exchequer – to make London a centre for trading renminbi.

The BoE is now being drawn into the campaign. Setting up a currency swap with its Chinese counterpart would allow the BoE to lend renminbi in London if the market dried up. Even if the swap remained unused, its existence would help reassure those banks that do not have easy access to renminbi to do more business in the Chinese currency. Other countries have already got in on the act: at the end of 2012, the PBOC had swap facilities worth 1.3 trillion yuan ($210 billion) with 14 countries or regions. Chris Salmon, a BoE executive director, said on Jan. 24 that the central bank was ready “in principle” to set up a swap.

Swap arrangements were widely used to reassure markets during the crisis: the BoE has existing facilities with the U.S. Federal Reserve and the European Central Bank. But the U.S. dollar and euro account for more than half of London’s foreign currency trading: a sudden liquidity squeeze would cause real market strains. Trading in the renminbi, which is not convertible, remains minuscule by comparison. Those countries with big swap lines, like South Korea, tend to use them to help finance direct trade.

Banks argue that, without the BoE’s support, renminbi will be traded elsewhere and the City of London will suffer. But that is the concern of the government, not the central bank. One of the reasons Britain’s soon-to-be-defunct Financial Services Authority failed as a regulator was because it was instructed to worry about competitiveness as well as financial stability. The BoE should resist such confusion.

A general view shows the Bank of England in the city of London November 26, 2012. REUTERS/Olivia Harris

The Bank of England is ready “in principle” to set up a currency swap line with the People’s Bank of China, a senior offical said on Jan. 24.
The statement follows intense lobbying to establish a swap line in order to help stimulate the market for offshore renminbi in the City of London. The financial centre has launched a major drive to become a global centre for financial activity in the Chinese currency.
Chris Salmon, the BoE’s executive director for Banking Services and Chief Cashier, said the growth of the market would depend on the success of banks in matching demand and supply for RMB-denominated products. However, he acknowledged “there is a perception that market confidence” in the ability of banks to lend in the currency would be improved if the BoE was able to provide emergency liquidity in the currency if needed.
Central bank swap lines were widely used during the crisis to prevent shortages of particular currencies, particularly the U.S. dollar, from causing strains in other financial centres. The BoE currently has swap arrangements with the U.S. Federal Reserve and with the European Central Bank.
By the end of 2012, China had signed 1.3 trillion yuan ($210 billion) of local currency swap agreements with monetary authorities in 14 countries or regions, according to the PBOC. These include a 400 million yuan swap line with the Hong Kong Monetary Authority, a 360 million yuan facility with South Korea, and a 200 million yuan line with Australia’s central bank.
Turnover in the UK foreign exchange market averaged about $2 trillion a day in April 2012, according to the Foreign Exchange Joint Standing Committee. The United Kingdom is the world’s largest foreign exchange market, with 38.1 percent of global trading volumes, according to TheCityUK.
(Research by Robyn Mak)