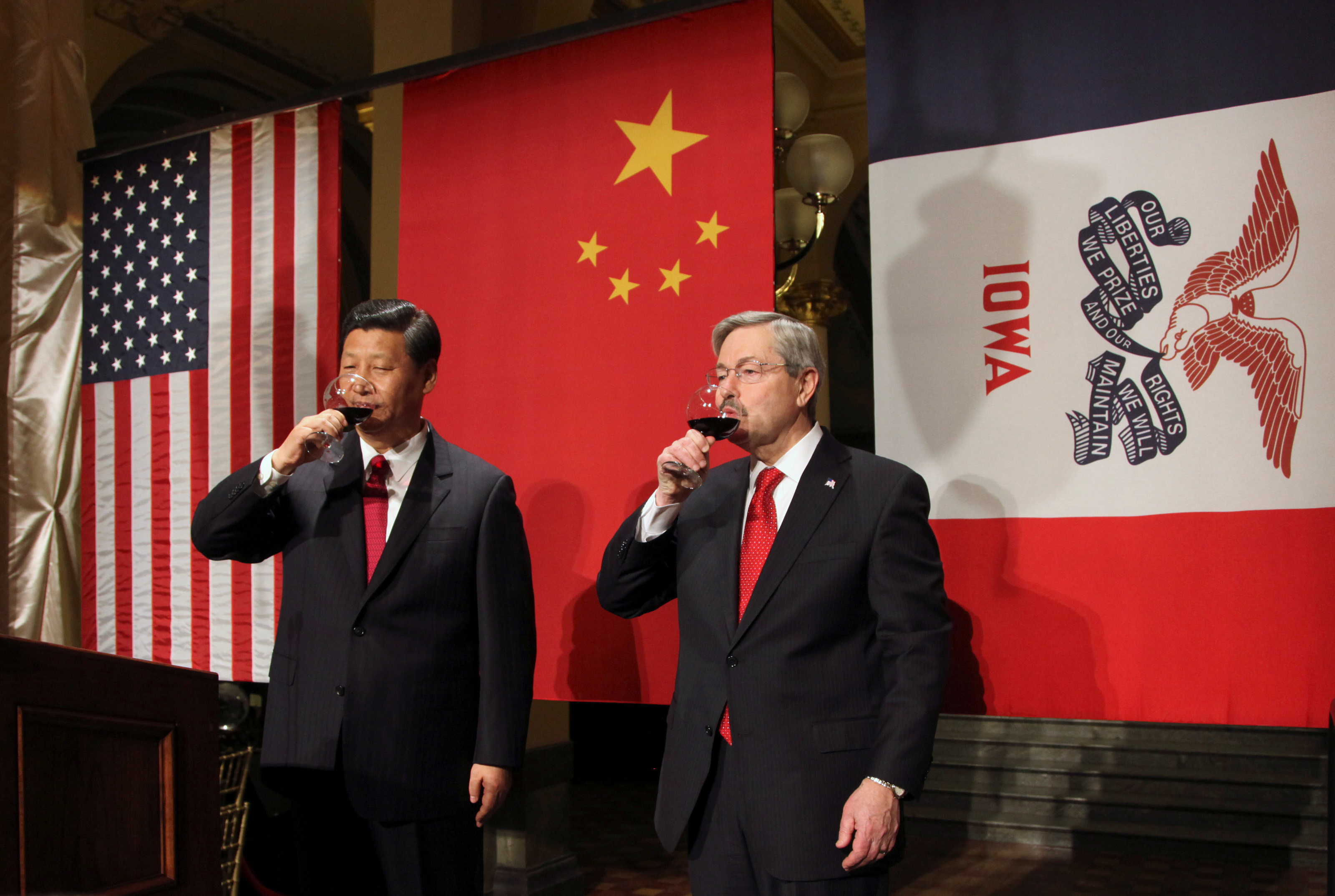 The president-elect mollified Beijing with his ambassador pick. The selection of Iowa Governor Terry Branstad, who has personal connections with Xi Jinping, calms waters troubled by Trump’s tough talk. As other hardliners are brought in, Branstad will need to pack a surfboard.

President-elect Donald Trump will nominate Iowa Governor Terry Branstad as the next U.S. ambassador to China, Reuters reported. Branstad has visited China at least six times, and Chinese President Xi Jinping has traveled to Iowa twice, including once while Branstad was governor.

Foreign Ministry spokesman Lu Kang called Branstad an "old friend" of China when asked in Beijing about a report on the appointment. "We welcome him to play a greater role in advancing the development of China-U.S. relations," he told a daily news briefing.

China lodged a diplomatic protest on Dec. 3 after Trump spoke by phone with President Tsai Ing-wen of Taiwan. The 10-minute call with Taiwan's leadership was the first by a U.S. president-elect or president since President Jimmy Carter switched diplomatic recognition from Taiwan to China in 1979, acknowledging Taiwan as part of "one China".