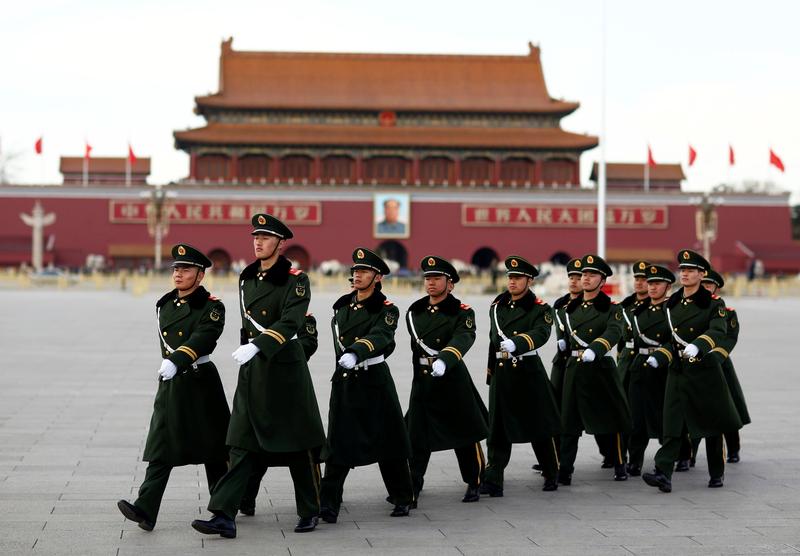 A batch of positive data sets a good tone for the economy in 2017, easing fears of capital flight and deflation. The respite may be brief. Even so, it provides some room for Beijing to step back from firefighting, allowing it to focus on deleveraging and its ambitious restructuring plans.

Paramilitary police walk in formation accross Tiananmen Square as the sessions of the National People's Congress are taking place in the nearby Great Hall of the People in Beijing, China March 6, 2017. REUTERS/Thomas Peter - RTS11LPS

The country also recorded its first monthly trade deficit in three years in February, data released on March 8 showed, thanks to an unexpected 38 percent increase in imports.

China's total social financing, a broad measure of credit and liquidity in the economy, surged to 3.74 trillion yuan ($544.9 billion) in January from 1.63 trillion yuan in December 2016.

February economic data is generally viewed with caution given distortions from the week-long Lunar New Year holiday, which falls on different dates in different years. In some cases January and February data are viewed in combination for this reason.

The government set a lower economic growth target for 2017 in a series of annual reports it published on March 5. GDP growth is targeted "around" 6.5 percent, down from last year's realized 6.7 percent.