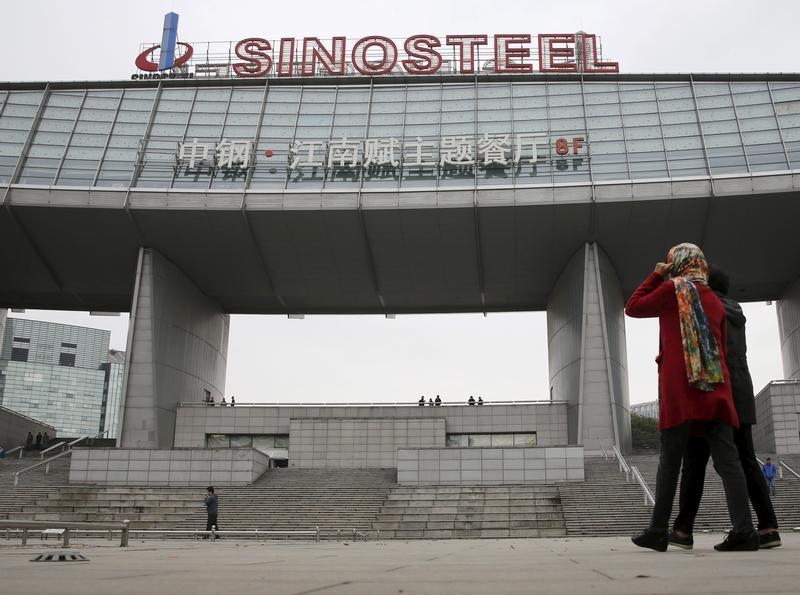 China is getting tougher with debt-laden firms in moribund sectors. Metals trader Sinosteel has agreed a $4 billion workout, in a compromise that could be a template for restructuring other troubled outfits. Meanwhile, a smaller miner has been allowed to fail.

Sinosteel’s overhaul, as revealed by Caixin magazine, is a fudge because the firm, its shareholders and many of its creditors are all different arms of the government. So politics probably played as big a role as economics in deciding how the deal was structured.

Still, it gives the biggest state-owned steel trader a fighting chance of survival. Just under half of the company’s debt to more than 80 Chinese and foreign banks will be swapped for convertible bonds. These will convert into shares over three years from 2019. That drawn-out process gives Sinosteel time for a turnaround, while presumably lowering its debt servicing costs.

This setup is better than expected for lenders. Earlier this year, China said it would tackle bad debt in troubled sectors like steel, coal and cement by forcing banks to swap loans into equity. That sparked an outcry from banks and their regulator, who argued any improvement to bad loan ratios was far outweighed by the hit to capital ratios because equity holdings have a higher risk weighting than loans.

This deal involves no immediate equity holding, and spreads the pain among various banks, the company, and the central government, which is injecting 10 billion yuan of fresh capital. Contrast that with the March deal in which Bank of China took a $2.7 billion stake in China Huarong Energy, becoming the ailing shipbuilder’s majority shareholder.

Also this month, miner Guangxi Non-Ferrous Metals Group was allowed to go bankrupt. The firm has $2.2 billion dollars of debt and its failure leaves 108 creditors in the lurch, Caixin says. Multiple rescue attempts had already failed so none of the larger state-owned firms were willing to step into the breach. That shows a healthy willingness to let the worst firms fail.

Taken together, both episodes suggest China is getting a little bit steelier about leverage.

Workers walk past Sinosteel's headquarter building in Beijing, China, October 21, 2015. China's Sinosteel will delay the payment of interest to its bondholders due on Tuesday, it said, after the state-owned company extended the date investors can start redeeming its bonds by a month. REUTERS/Kim Kyung-Hoon - RTS5E2W

Sinosteel, the Chinese miner and metals trader, will swap half of its debt for convertible bonds, Chinese financial magazine Caixin reported on Sept. 20, citing anonymous sources. The 27 billion yuan ($4 billion) debt-to-equity swap represents just under half of the company's debt owed directly to financial institutions, the report said.

The remaining debt would still need to repaid, but at a low interest rate of 3 percent. In addition, Sinosteel would also set up a subsidiary to handle the conversions that would receive a 10 billion yuan capital injection from a Chinese central government body responsible for managing state-owned assets, the online magazine added.

On Sept. 12, Guangxi Non-Ferrous Metals Group was declared bankrupt by a court in southern China, Caixin said in a separate report. The company had 14.5 billion yuan of debt and was the first interbank bond issuer to go bankrupt, the report said.