No pain no gain 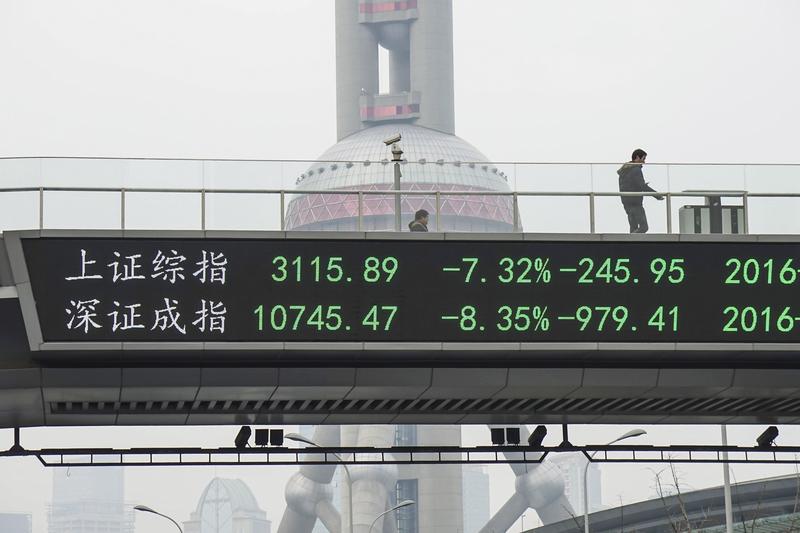 A Monday flash crash in Shenzhen was fuelled by fears of a flood of new initial public offerings. Beijing’s micromanagement of the pace and pricing of IPOs has encouraged a zero-sum mentality amongst investors. Reform could cause a deeper correction, but a healthier one.

A man stands next to an electronic board showing the benchmark Shanghai and Shenzhen stock indices, on a pedestrian overpass at the Pudong financial district in Shanghai, after the new circuit breaker mechanism suspended today's stocks trading, in Shanghai, China, January 7, 2016. REUTERS/China Daily ATTENTION EDITORS - THIS PICTURE WAS PROVIDED BY A THIRD PARTY. THIS PICTURE IS DISTRIBUTED EXACTLY AS RECEIVED BY REUTERS, AS A SERVICE TO CLIENTS. CHINA OUT. NO COMMERCIAL OR EDITORIAL SALES IN CHINA. - RTX21D36

The head of China's securities regulator met with market participants on Jan. 14 to seek feedback on topics including initial public offerings (IPOs), two sources told Reuters, amid a spike in listings that has weighed on share prices.

The China Securities Regulatory Commission approved 131 new IPOs in the last quarter of 2016, up sharply from the 28 it approved in the last three months of 2015, according to Reuters' calculations.

The Shenzhen A share index fell as much as 6.1 percent on Jan. 16, which analysts blamed on expectations that more IPOs would further drain market liquidity. The index recovered slightly, ending the day down 3.6 percent.

The Shenzhen market is more focused on smaller-growth companies with higher volatility than the Shanghai market, and is more favoured by retail investors.

Hong Kong and Shenzhen linked their equities market via a programme that allows bidirectional stock investment subject to daily flow quotas. On both sides, so far, investor interest in the connect scheme has been tepid.

China's official Xinhua news agency published an article on Jan. 16 quoting experts saying a "normalisation" of IPOs could "help raise the financing efficiency of companies and direct more capital into the real economy," without specifying what was meant by normalisation.