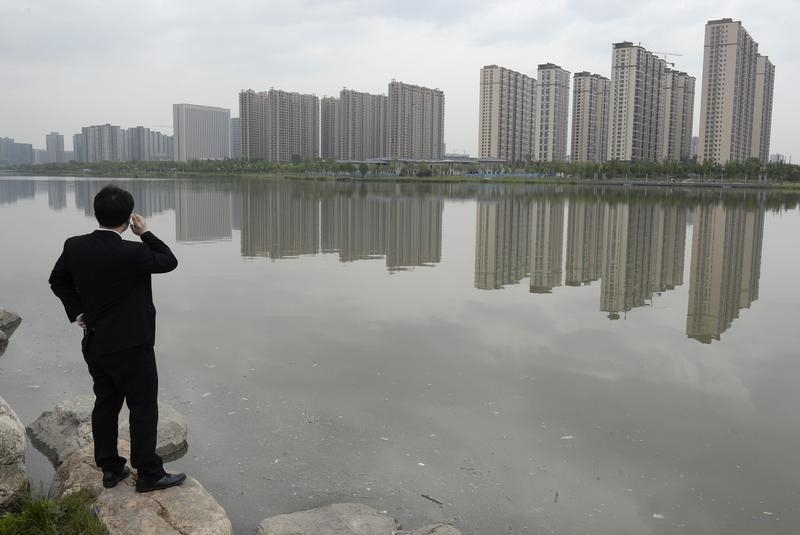 China’s real estate market is big enough that it can have not one property problem but many. A Breakingviews ranking of the forty biggest cities, according to different kinds of risks, shows there are huge differences between local markets. It’s not much consolation, though. A conflagration of regional problems could be just as bad as one big national one.

Take supply, measured as floor space under construction as a multiple of the amount sold in the past twelve months. Nationwide, numbers from the China Index Academy compiled by Datastream suggest that what’s currently being built would take just over five years to clear. But there are big regional differences. In Taiyuan, capital of coal-rich Shanxi, and the coastal cities of Sanya and Wenzhou, it rises to eight years. The Inner Mongolian capital of Hohhot is building 14 years’ worth of housing.

In other places, prices look stretched. Even though home values are now falling in most big cities, a 70 square-meter apartment in the southern city of Shenzhen costs almost 38 years’ worth of disposable income. In the port city of Xiamen, the ratio has risen to 32 years – about seven years longer than it would take a Hong Konger to buy a same-sized flat in the former British colony.

Some areas are flashing multiple warning lights. In Zhengzhou, the capital of Henan, investment in housing has grown by 34 percent so far this year. But prices fell 2.9 percent in August – almost 12 percentage points below the city’s three-year average increase. In other places, investment growth is sliding, suggesting developers have too little funding.

Different problems call for different solutions. Where supply is too great or prices are falling, loosening buying restrictions may help. Where prices are too high, more mortgages may be the answer. And when investment falls, developers can get lifelines, like a new plan to let some issue bonds in the interbank market. If that fails, authorities can urge banks to roll over loans.

Take a step back, though, and the big question isn’t whether Xining is safer than Xi’an, or Changchun beats Chengdu. It’s whether China is ready for the administrative strain of undertaking many real estate bailouts, with different underlying causes, at once. Property markets are local. But since funding, confidence and guidance comes mostly from Beijing, there’s lots of room to get it wrong.

This article was corrected to name Sanya, not Ningbo, in second paragraph, third sentence.

A man talks on his phone near a new residential compound in Taiyuan, Shanxi province, May 11, 2014.

House prices fell in 74 out of 100 Chinese cities measured by data provider Soufun in August, the fourth month of successive declines. The average decline in prices from the previous month was 0.6 percent.

Breakingviews compared 40 of the biggest cities using data from the China Index Academy compiled by Datastream, and found that prices on average rose 0.7 percent year on year in August, compared with a three-year average yearly increase of 3.8 percent.

In Zhengzhou, capital of Henan province, the 2.9 percent decline in prices in August compares with an 8.8 percent average growth rate. Wenzhou, on China’s east coast, saw prices fall by 11.8 percent.

Housing floor space under construction was equivalent to more than seven times the past twelve month’s sales in five cities in August. Hohhot, the provincial capital of Inner Mongolia, has 14 years’ worth of supply under construction. That does not include housing completed but not yet sold.

The average 70 square metre home cost 20 years’ worth of household disposable income at the end of August, based on latest average sale prices per square metre and household income reported by local governments and regional media for 2013.