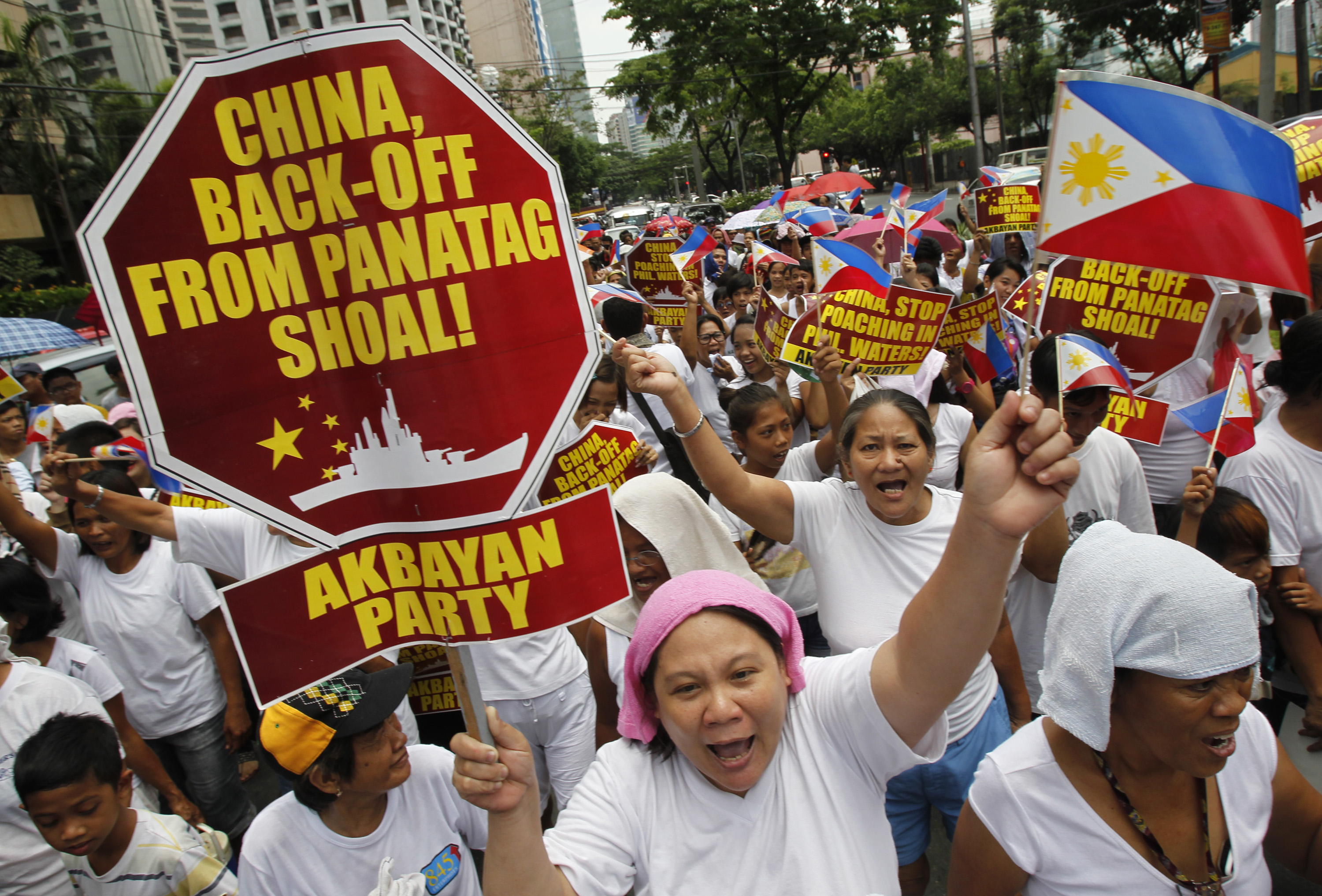 China’s stand-off with the Philippines over disputed islands in the South China Sea puts Manila in a difficult spot. While the Philippines has the support of U.S. military muscle, China is its number-three importer, and it needs China to help fund new mines and fill new casinos. Whoever gets to tap the oil and gas beneath the South China Sea, China would be the biggest buyer. That argues for a peaceful, face-saving solution.

What’s at stake is an atoll called Scarborough Shoal, roughly 200 kilometres from the Philippines and four times as far away from China. China has 13th century records it says establish its claim to the shoal, the entire South China Sea, its fish, and the 2 quadrillion cubic meters of natural gas it estimates lie beneath it – 30 percent of proved global reserves. Its trawlers already have free roam, and the sea’s claimants have agreed to exploit its hydrocarbons jointly. So China already has what it wants in function if not in form.

Manila has taken advantage of Washington’s recent tilt toward East Asia to reaffirm military ties. That buys it insurance and can mollify local nationalists. But Beijing is unlikely to react well to any real sabre-rattling: with its Politburo in transition, leaders can’t afford to seem weak on sovereignty. China hasn’t yet overplayed its hand, but that doesn’t mean it won’t.

Economic threats can be equally potent. China is already discouraging tours to the Philippines and threatening trade and investment. China’s $790 million in direct investment into the Philippines in 2011 was tiny, but stands to grow as Manila tries to double mining exports by 2016. China’s $6.1 billion in imports make it the Philippines’ third-largest export destination. And developers are building four casinos in Manila to lure Chinese gamblers.

Even if the Philippines managed to shoo China from Scarborough’s undersea riches, it would ultimately have to negotiate with China to buy them. Manila thus needs a way to defend its claim without demanding China abandon its own. As the Middle Kingdom expands, its economic heft will inevitably chafe its neighbours. Its challenge will be to create as little offence as possible; for neighbours it will be to avoid taking any.

The South China Fishery Administration Bureau said on May 14 it was sending a patrol boat to the disputed Scarborough Shoal to enforce a fishing ban imposed by China to protect its fishery resources in the South China Sea, Kyodo reported. The Philippines subsequently said it was imposing its own fishing ban over the area, and that it would not recognize China’s ban.
The two countries have been locked in a standoff over the shoal since April, when Chinese vessels blocked Philippine authorities from arresting Chinese fishermen they suspected of illegally operating around the shoal.
Philippine authorities have said at least three Chinese government vessels and two Philippine government ships - along with fishing boats from both sides - remained at the site.
China’s National Tourism Administration has advised Chinese nationals not to visit the Philippines country and China’s ambassador to the Association of Southeast Asian Nations has warned that continued friction was likely to harm trade relations.