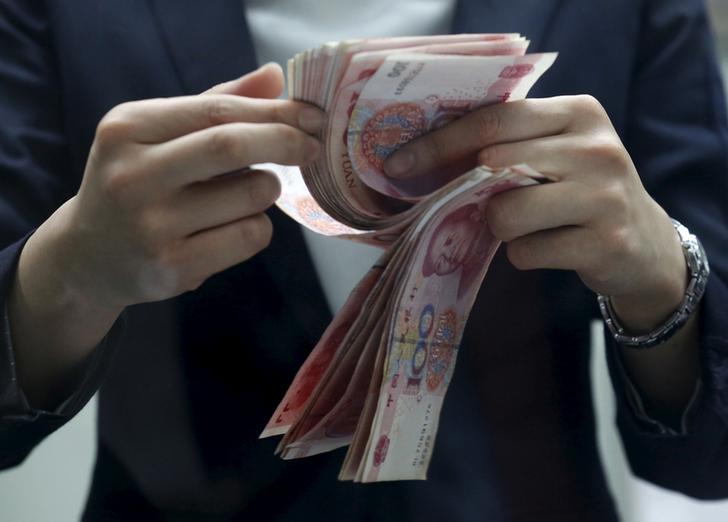 Foreign exchange reserves shrank by less than $30 bln to a still-massive $3.2 trln in February. The decline is slower than in recent months, suggesting efforts to talk up the yuan and discourage outflows are working. Long-term pressure on the currency, though, remains downward.

A clerk counts Chinese 100 yuan banknotes at a branch of a foreign bank in Beijing January 4, 2016.

China’s foreign exchange reserves fell $28.57 billion in February, slightly less than expected and easing from a sharp slump in January, suggesting the central bank is scaling back its interventions to support the yuan as capital outflows ease.

Still, China’s foreign reserves declined for a fourth straight month, and the $3.2 trillion at the end of February was the lowest level since December 2011, data from the People’s Bank of China showed on March 7.

Economists polled by Reuters had predicted reserves would fall $30 billion from $3.2 trillion at the end of January.

They had sunk $99.5 billion in January and $107.9 billion in December, which was the biggest monthly drop on record.