Slowing down on the home front 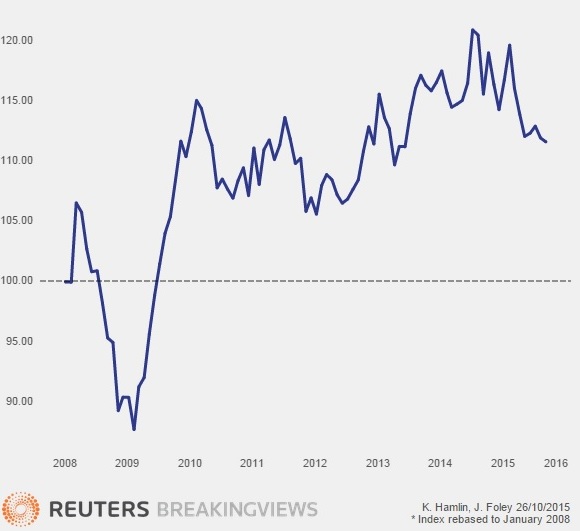 The old growth engines are running out of steam. Rail freight and steel production dropped in September, while investments in new property fell for a second consecutive month, a first in our data set. As China readies its new Five-Year Plan it’s a reminder times have changed.

The Breakingviews Tea Leaf Index, an alternative measure of China’s economic activity, fell to 112 in September, the lowest reading since June 2013.