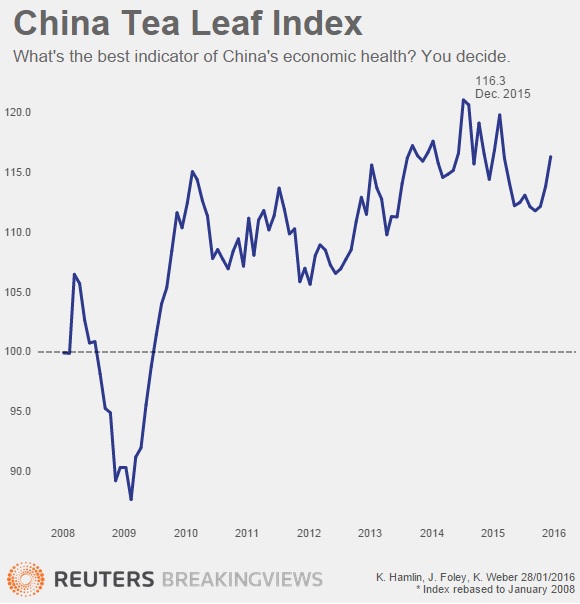 Breakingviews’ Tea Leaf Index may have ended the year on a modest high, but a look back over 2015 shows China’s economy moving slowly. Sagging steel production, exports and rail freight contributed to the lowest 12-month average since President Xi Jinping first took office.

The Breakingviews Tea Leaf Index, an alternative measure of China’s economic activity, rose to 116.3 in December, up from 113.9 in November. That was the highest reading since February 2015.