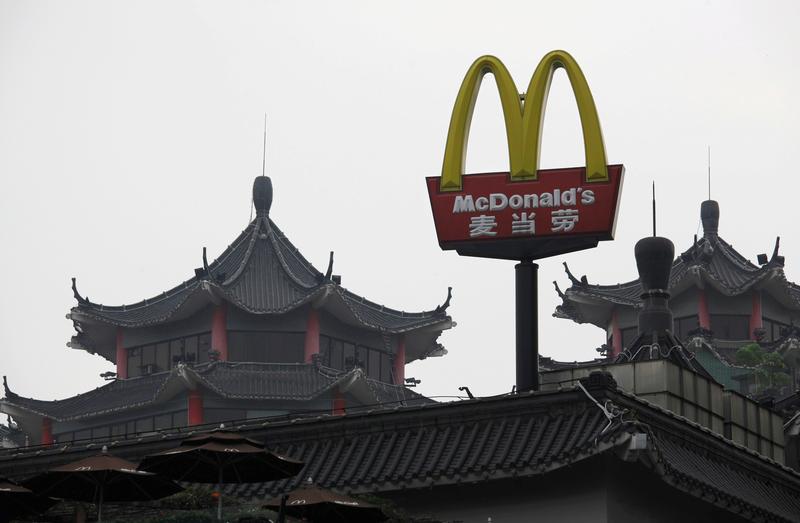 The U.S. burger giant is nearing a $2 bln sale of its local unit to an investment consortium. Viewing this as a simple retreat is tempting but misguided. As elsewhere, franchising is a better business than owning and operating stores. A big Chinese partner brings myriad benefits.

A McDonald's sign is displayed outside its outlet, the first one which opened in China in 1990, at the southern Chinese city of Shenzhen neighbouring Hong Kong March 18, 2013. REUTERS/Bobby Yip/File Photo - RTX2NULH

McDonald's is looking to raise up to $2 billion with the sale of its China and Hong Kong stores after the U.S. fast-food chain decided to keep "a significant minority stake in the business," Reuters reported on Dec. 6, citing a person with direct knowledge of the plans.

The hamburger giant has picked a consortium led by private-equity firm Carlyle Group and Chinese conglomerate CITIC Group to buy the stores and its decision to retain a stake of up to 25 percent lowered the price tag for the business from a previously expected $3 billion, said the person, who declined to be identified because details of the deal are not public.

McDonald's wants exposure to future growth in the world's second-largest economy which is why it decided to maintain the stake, the person said. The company will also keep for now its stores in South Korea, which it previously also wanted to sell, the person added.

In March the company said it was reorganizing operations in the region, looking for strategic partners in China, Hong Kong and South Korea as it switches to a less capital-intensive franchise model. McDonald's owns most of its more than 2,800 restaurants in the three markets. It is offering a 20-year franchise to buyers with a 10-year extension option.