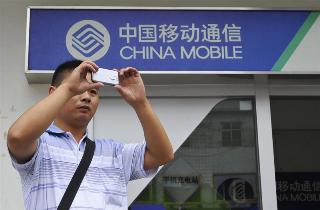 China Mobile is using its cash pile to hunt for growth overseas. If past industry experience is any guide, however, returns could be meagre. Many other mobile operators have failed to create value through cross border tie-ups.

Investors are hoping that China’s reform zeitgeist will rub off on the country’s largest mobile operator. Its shares are up over 7 percent since it reported half year results on Aug. 15 on promises that earnings will improve. Yet planned cost-cutting can only achieve so much. Pressure from domestic regulators to foster competition will limit already slowing revenue growth.

Foreign expansion is perilous, however. Plenty of mobile operators have tried to create value from international mergers, only to reverse course. Though larger groups can demand better prices for network equipment and handsets, savings have been disappointing. Bernstein analysts estimate that joint purchasing can add 5 percent to annual operating cash flow for small acquisitions. For deals between big groups, which already negotiate good prices on their own, the benefits are smaller.

China Mobile’s state owners have other motives for international expansion. The group is the biggest operator of the next-generation TD-LTE wireless technology, a large chunk of which has been developed by Chinese manufacturers Huawei and ZTE. Using China Mobile to push the kit abroad could advance China’s ambition for greater control of technological standards.

Yet its state fealty may also mean foreign governments will be wary of allowing China Mobile in. So far, expansion has been limited to minority stakes, like the recent 18 percent purchase of Thailand’s True Corp. Government owners of potential targets like Malaysia’s Axiata or PT Telekomunikasi Indonesia are also unlikely to cede control to a Chinese buyer.

An alternative target might be a pan-African operator like MTN. The company, which almost struck a deal with India’s Bharti Airtel in 2009, has a market value of $43 billion. China Mobile has $73 billion of net cash. The Chinese group may be no better than its rivals at squeezing synergies out of cross-border deals. But it would allow China Mobile to keep growing.

On the same date, Thailand’s True Corp sold an 18 percent stake to China Mobile as part of a wider share issue that will raise up to 65 billion baht ($2 billion).

China Mobile has recently held talks with Malaysian carrier Axiata on purchasing a 20 percent stake, according to Bloomberg.

A man uses his mobile phone to take pictures outside a China Mobile shop in Xiangfan. UK mobile operator Vodafone last week sold of its entire stake in China Mobile.

On the same date, Thailand’s True Corp sold an 18 percent stake to China Mobile as part of a wider share issue that will raise up to 65 billion baht ($2 billion).

China Mobile has recently held talks with Malaysian carrier Axiata on purchasing a 20 percent stake, according to Bloomberg.