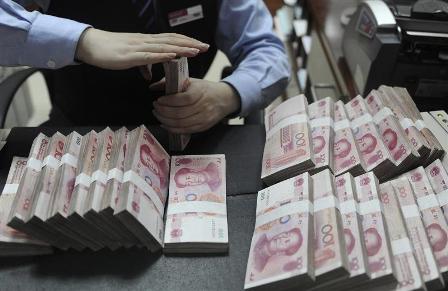 Bonds in China don’t default. Instead, issuers like solar panel maker Chaori are bailed out in private. That has warped perceptions of risk, and made banks look safer than they really are. Though the first failure will be a shock to the system, it is inevitable – and necessary.

Chaori Solar, a producer of solar panels, was saved from defaulting on a corporate bond when a local government intervened on its behalf. The government of Shanghai’s Fengxian district persuaded the company’s banks to defer claims for overdue loans worth 380 million yuan ($61 million), Chaori’s chairman told creditors on Jan. 23.
China has never experienced the default of a domestic currency corporate bond, according to several bankers in the securities industry. Foreign currency bonds have on occasion defaulted, including a U.S. dollar bond issued by Guangdong International Trust and Investment Corp in 1998.
Bond issuance in China rose 64 percent in 2012 to 2.3 trillion yuan ($370 billion), compared with the previous year. A third of the year’s growth in China’s measure of “total social financing”, which also includes bank lending and equity issuance, came from corporate bonds.
(Research by Robyn Mak)