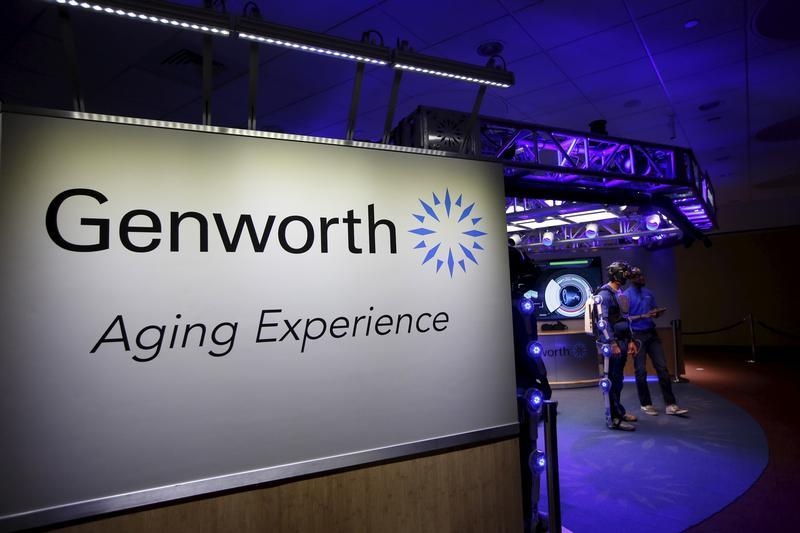 Genworth Financial has found a Chinese sugar daddy. The ailing U.S.-listed insurer, cast off long ago by General Electric, has agreed to sell itself for $2.7 billion in cash to China Oceanwide, a privately held conglomerate run by tycoon Lu Zhiqiang. Genworth has withered as an independent company and it is not clear that the Chinese buyer has what it takes to turnaround the ailing business, but the deal certainly puts it on the international map.

Lu’s Oceanwide dabbles in everything from real estate to finance. It controls listed units in Hong Kong and Shenzhen that go by a similar name with a combined market cap of almost $10 billion. In July Oceanwide also splashed more than $1 billion on a near 5 percent stake in China Minsheng Banking Corp, where Lu is vice-chairman. That has prompted worries about an impending power struggle with deal-hungry Anbang Insurance, the Waldorf Astoria owner that has become Minsheng’s largest shareholder.

Genworth is a turnaround job, the sort typically shunned by Warren Buffett-types whose investment style is viewed as the inspiration behind a recent flurry of Chinese acquisitions of cash-rich insurers. The U.S. firm, which also dabbles in mortgage insurance, trades on barely 0.2 times book value, and has been mulling strategic options for as long as two years. Problems have just resurfaced at its long-term healthcare business.

The Chinese bring much needed cash. A fresh $300 million post-tax charge on the long-term care unit, announced at the same time as the deal, amounts to 70 percent of its full-year net profit based on consensus forecasts compiled by Eikon. Oceanwide is committing $1.1 billion to fund debt maturities and to help support the U.S. life insurance business. That makes the 4.2 percent premium to Friday’s closing price look pretty generous.

Oceanwide says it will keep the senior management in place, and change little of the company’s day-to-day operations. That is in keeping with the practice of most Chinese acquirers of foreign businesses, and may help to win regulatory approvals, but the approach is unlikely to produce a quick turnaround for a business with such deep problems. This sugarcoated splurge is unlikely to end well.

The privately held Chinese group will pay $5.43 per share in cash, a 4.2 percent premium to Friday's closing price.

The structure of the deal will ease the negative impact of the charges on Genworth and help facilitate a previously announced life insurance restructuring plan, the two companies said in a statement. They added the structure is designed to increase the likelihood of winning regulatory approval.

Genworth's shares have lost 61 percent of their value over the past two years.