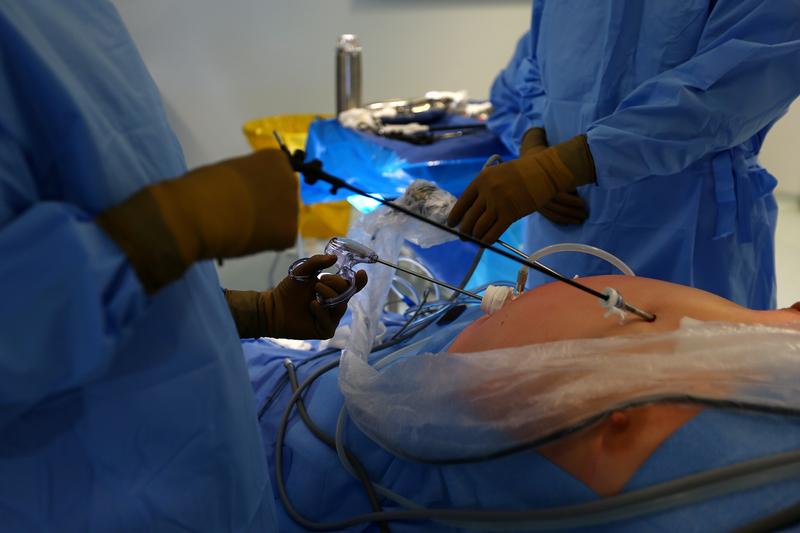 Beijing-based buyout firm CDH Investments is offering $1.4 bln for Sirtex, the liver cancer specialist. The non-binding bid is a 20 pct uplift on an agreed deal with U.S. suitor Varian. The rich valuation upsets the logic that a strategic buyer can pay more than a financial one.

A surgeon uses a magnetic grasper device during an operation with "Levita Magnetics", a new technique instruments that work with magnetic fields at a medical clinic in Santiago, Chile November 23, 2016. REUTERS/Ivan Alvarado - RC14973AD600

Sirtex said in a statement that it had received an unsolicited, non-binding, indicative and conditional offer from CDH to buy the company for A$33.60 ($25.33) a share.

The bid is 20 percent higher than an offer from New York-listed cancer treatment specialist Varian, which agreed in January to buy Sirtex for A$28 per share.

Sirtex said the company and its advisors at UBS have had no engagement with CDH prior to receiving the offer. Sirtex’s board has agreed to allow CDH to conduct diligence.

The Australian company was due to hold a shareholders’ meeting on May 7 to vote on its acquisition by Varian. Sirtex said it will now look to postpone the meeting.