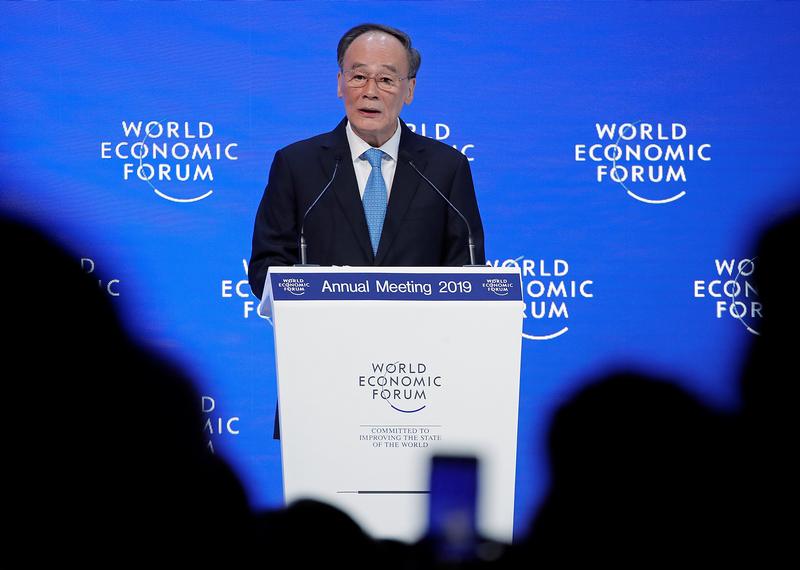 A sharper slowdown is high on the list of worries at the economic retreat. George Soros warns a Cold War with the country could turn hot. For now, China’s growth is merely cooling and Beijing has ammunition left. Its Alpine promise of “modest prosperity” may be feasible.

Wang Qishan, China’s vice president, told the World Economic Forum on Jan. 23 that China could maintain sustainable rates of growth despite global uncertainties. He said China can reach a target of delivering “modest prosperity” for all Chinese people by 2020.

China’s economy expanded 6.4 percent year-on-year in the fourth quarter, compared to 6.5 percent in the third. Analysts polled by Reuters had expected quarterly growth of 6.4 percent. Full-year 2018 growth was 6.6 percent.

Financier George Soros said on Jan. 24 at the World Economic Forum that “there are clear indications that a broad based economic decline is in the making in China, which is affecting the rest of the world,” according to a copy of his prepared remarks. He also said that “we are in a Cold War that threatens to turn into a hot one.”