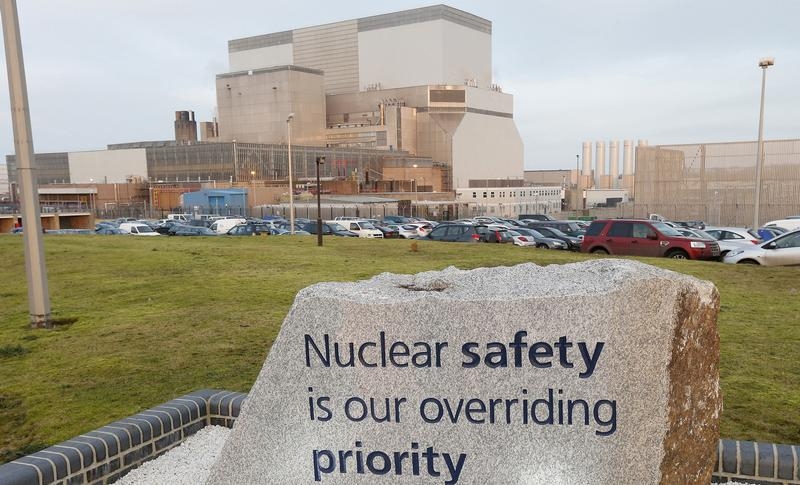 It is now plain that Britain’s new premier, Theresa May, views China more warily than predecessor David Cameron and his chancellor George Osborne, who championed a “golden era” of bilateral relations. Last month May deferred a decision on Hinkley, which would be part-funded by China General Nuclear Power (CGN). One of the prime minister’s former colleagues says she previously expressed unhappiness about the “gung-ho approach” to Chinese investment, and that her concerns were linked to national security.

China’s displeasure is understandable. But making this a wider issue risks setting Beijing up for a public snub. Hinkley already threatens to become a white elephant, locking taxpayers into expensive guaranteed prices for decades, even as renewable energy technology advances. Power stations are notorious, too, for running horribly over-time and over-budget. So Britain has other reasons for a rethink.

On the other hand, suppose China does browbeat Britain into going ahead. That could prove a pyrrhic victory: a subsequent flop would only fuel anti-Chinese sentiment. What is more, the big prize is not Hinkley, which uses French reactors, but Bradwell, another power station that would rely on Chinese technology. A Hinkley backlash would make approval here less likely.

Consider too, the lopsided nature of the relationship. Britain appeals because it is so lassez-faire: almost anyone can buy companies and buildings, with no equivalent of the tough national-security review bodies that exist in Australia, Canada or the United States.

Capital inflows are, of course, welcome. And Britain needs allies as it moves to leave the European Union. But Britain hasn’t received much else in return, at least when it comes to market access. China is explicitly pursuing import substitution and restricts the ability of foreign players to compete in important sectors, like finance. In 2014, Britain enjoyed a 2.7 billion pound surplus in services with China – but a 22.1 billion pound goods deficit. So Beijing has limited concrete options for retaliation.

China has warned Britain that bilateral ties stand at a "crucial historical juncture" over London's deferral of an 18 billion pound ($24 billion) nuclear power project, the Financial Times reported on Aug. 8.

China's ambassador to the United Kingdom, Liu Xiaoming, wrote in the FT that he hoped London would keep its door open to China and that the British government would continue to support Hinkley Point C and come to a decision as soon as possible.

Prime Minister Theresa May was concerned about the security implications of the planned Chinese investment and intervened personally to delay the project, Reuters reported on July 31, citing a former colleague of May's and a government source.