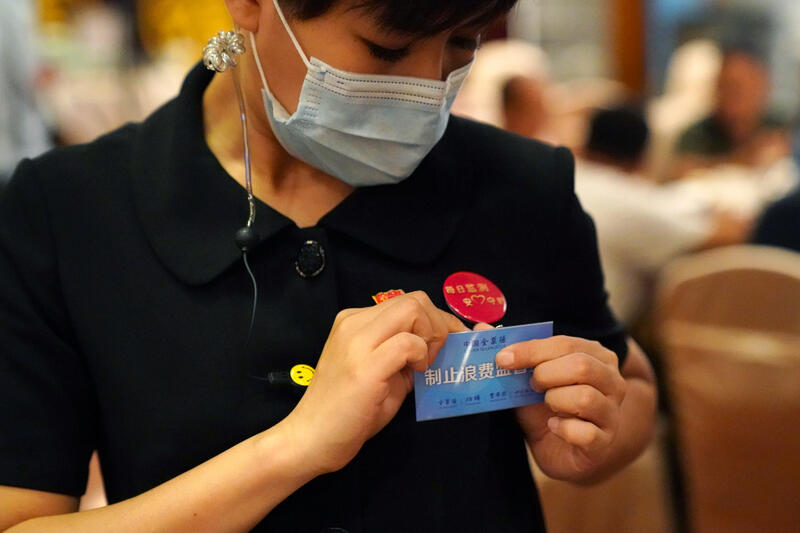 Floods, a pig epidemic and more have delivered sustained double-digit inflation of edible goods. A crackdown on wasteful dining tackles corruption more than high prices: poor people are not overeating. A better agrarian policy and a truce in trade wars would be more powerful fixes.

A staff member wearing a face mask puts on a card showing her new job role as an anti-food waste supervisor, at the Quanjude Peking roast duck restaurant in Beijing, China August 18, 2020.

China's social media app operators said they will punish users seen to be wasting food in their broadcasts, Reuters reported on Aug. 13, as the government lobbies against food wastage.

Food price inflation was 13.2% year-on-year in July, according to official data published Aug. 10, the twelfth consecutive month of double-digit rises. Pork prices are up 85.7% from the same period in 2019.

Heavy rains and flooding across China's southern provinces since mid-June appear to have triggered fresh cases of the swine fever that has decimated the national herd, Reuters reported in July.