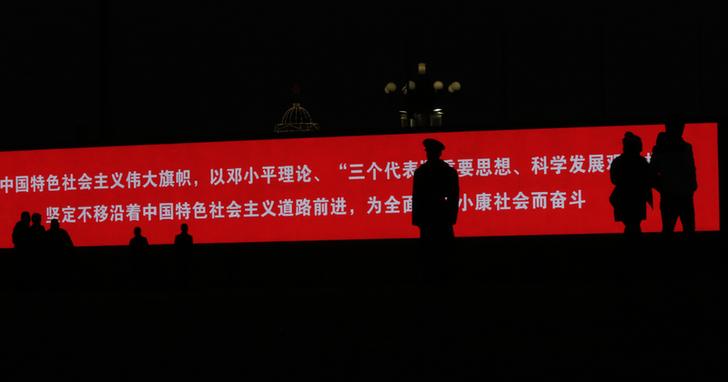 China’s third plenum was a study in anti-performance. This meeting of the ruling party’s top figures traditionally gives each new generation of leaders an opportunity to make big gestures. What emerged on Nov. 12 was only promising policies wrapped up in bland talk. Yet there is an important message: big economic changes may come, but politics remains a matter for Party insiders only.

In the plenum’s concluding missive, often seen as a blueprint for the next decade, every conceivable reform is mentioned, but with next to no detail. Rule of law, better property rights for peasants, better use of environmental resources and tax reform all make no more than a showing. The introduction of a special working group to oversee reform and the market’s role being upgraded to “decisive” are as concrete as it gets.

It’s a far cry from what might have been. There’s little sign of the detail hinted at in the recent “383 Plan”, a proposal from an influential think-tank that called for reforms to state-owned enterprises and the services sector.

But vagueness might be the point. After a similar plenum in 1993, party chief Jiang Zemin’s fuzzy explanation of the “socialist market economy” confused many observers. Yet under that mantra he pushed through all kinds of non-socialist changes, right up to frog-marching China into the World Trade Organisation.

What’s clear is that China’s ruling party has little interest in overhauling the political process. Viewers of the evening news on Nov. 12 were treated to the usual montage of unsmiling men in suits. It couldn’t be further from the “southern tour” of 1992, when Jiang Zemin’s predecessor, Deng Xiaoping, theatrically hit the road to rally public support for sweeping economic reforms.

And for foreign capitalists, there’s little to latch on to. No targets for investment; no promises to open up markets such as technology, banking or healthcare to full foreign ownership. The dominance of the “public sector” will be maintained. In fact, for all China’s talk of reform, it’s as if China’s leaders aren’t thinking of outsiders at all. That may be precisely the point.

A paramilitary policeman standing guard is silhouetted on a large screen showing propaganda slogans on Tiananmen square next to the Great Hall of the People, where the closing ceremony of the Chinese Communist Party plenum is going to be held on Tuesday, in Beijing, November 11, 2013.

China’s ruling party pledged to let markets play a “decisive” role in allocating resources as it unveiled a reform agenda for the next decade on Nov. 12. It also announced the formation of a central working committee to oversee improvements to the economy.
The statement, released to mark the end of the “third plenum” of the Communist Party’s central committee, called for comprehensive deepening of reforms, under the banner of “socialism with Chinese characteristics.” The plenum is the third meeting of the party’s top officials since new leaders were instated in 2012.
Among the reforms namechecked were reforming income distribution, environmental protection and promoting the rule of law. The document called for more diverse forms of ownership of companies and assets, but reinforced the “leading role” of the state-owned economy. It also referred to fiscal reforms, financial modernisation and introducing budget transparency, without giving details.
Rural and urban reforms received specific attention. The party pledged to give farmers more property rights, and improve institutions so that residents of both cities and countryside could equally enjoy the benefits of development. Under the Chinese “hukou” system, citizens currently receive differentiated benefits depending on their status as rural or urban dwellers, and cannot easily claim them outside their home town.