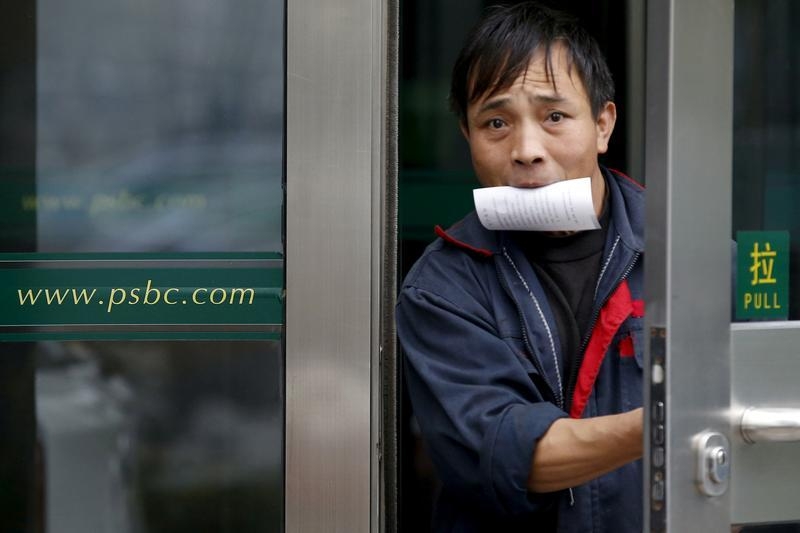 Sense has almost prevailed for Postal Savings Bank of China’s Hong Kong listing. The country’s sixth-largest lender by assets is raising $7.4 billion, after pricing shares nearer the bottom end of an indicative range. Even so, it is the biggest initial public offering in the world since 2014. And the bank still gets a premium valuation to peers, despite high costs and loan concentration.

That makes Postal Savings look a touch rich. Suppose the bank can grow lending by about 10 percent from where it was in the first quarter to the end of the year – just about feasible given the need for greater banking penetration in China. That would leave its equity worth 0.93 times its forward book value.

That is more than the peer median of 0.75 times, according to Eikon. But an unwritten rule that forces state-owned lenders to price listings at or above historic book value means it couldn’t have been much cheaper.

Two potential attractions of the bank could be problems. First, Postal Savings relies on stores run by majority shareholder China Post Group: Bernstein notes this network accounted for almost three quarters of its total retail deposits in 2015. The fees involved in this arrangement could be tweaked at a later date in a way that might be unfavorable to outside shareholders.

Second, Postal Saving has a narrow business rooted in traditional banking. Just 7 percent of its operating income comes from fee-based products, according to Bernstein. It would be vulnerable if China were to cut rates sharply to battle a slowdown. There are other risks too. A concentrated loan book and a cost-to-income ratio that is double most rivals, even on an adjusted basis, are the most glaring.

Factoring all this in, where should Postal Savings’ share price settle? Assume the bank has a cost of equity of 15 percent – about right for a lender in mainland China – and that its long-term return on equity falls slightly to 14 percent. Next, generously allow for a steady 7 percent growth in the dividends Postal Savings generates. Using a model that values those dividends in today’s money, the bank could be worth around 0.88 times its forward book value. All told, this suggests Postal Savings’ IPO investors were right not to push the envelope.

A man holding a receipt from ATM machine in his mouth walks out of a branch of Postal Savings Bank of China (PSBC) in downtown Beijing, China, November 12, 2015. REUTERS/Kim Kyung-Hoon/File Photo TPX IMAGES OF THE DAY - RTSNGLB

State-owned Postal Savings Bank of China priced its Hong Kong initial public offering near the bottom of the range, valuing the shares on offer at HK$57.6 billion ($7.4 billion), IFR reported on Sept 21.

Postal Savings priced the 12.1 billion new shares at HK$4.76 each, after marketing the IPO in an indicative range of HK$4.68 to HK$5.18 per share, the Thomson Reuters publication said, citing people close to the deal.