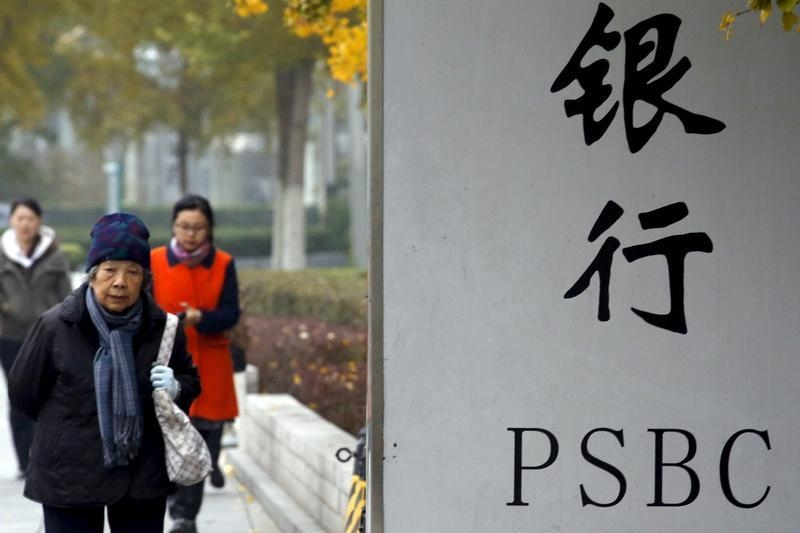 The country’s sixth-biggest lender is selling a 17 pct stake to investors such as China Life, Temasek and CPPIB. A big IPO will follow. At a premium to book value, the $42 bln valuation recalls earlier bank privatisations. It’s a contrast to the cloud now hanging over the sector.

People walk past a sign outside a branch of Postal Savings Bank of China (PSBC) in downtown Beijing, China, November 12, 2015. State-owned Postal Savings Bank of China (PSBC) is expected to soon close the sale of a 15 percent stake mainly to foreign investors ahead of a planned up to $20 billion IPO in Hong Kong in 2016, people with knowledge of the matter said. REUTERS/Kim Kyung-Hoon

China Life said an independent valuer had assessed CPSB’s net assets at the end of December 2014 at 213 billion yuan.

CPSB reported an after-tax profit of 32.6 billion yuan for the year ended December 2014.

The bank has more than 40,000 branches and more than 400 million retail customers, CPPIB said.