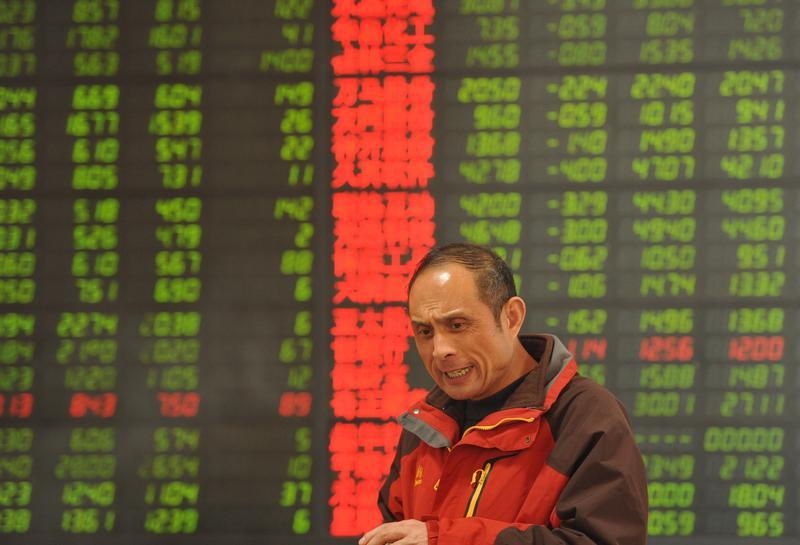 It may tweak the way the yuan is priced each day, effectively giving policymakers more control over its value. In reality, the daily price-fixing is only a small part of how China manages its currency. It’s another step back from reform and suggests mounting economic worries.

An investor reacts in front of an electronic screen showing stock information at a brokerage house in Fuyang, Anhui province, February 29, 2016. China stocks closed at their lowest in a month on Monday, as investors sold on fears that rising real estate prices will cannibalise funds from shares, aggravated by disappointing earnings by small-cap growth stocks on the ChiNext index. REUTERS/China Daily ATTENTION EDITORS - THIS PICTURE WAS PROVIDED BY A THIRD PARTY. THIS PICTURE IS DISTRIBUTED EXACTLY AS RECEIVED BY REUTERS, AS A SERVICE TO CLIENTS. CHINA OUT. NO COMMERCIAL OR EDITORIAL SALES IN CHINA. - RTS8K0Y

China is considering tweaks to the way it calculates the yuan’s official guidance rate at the beginning of each trading day. Policymakers may add a “counter-cyclical factor” to the yuan’s daily midpoint fixing, according to a government statement.

The change in the “midpoint” would better reflect supply and demand and guide the market to focus on macroeconomic fundamentals, said the country’s foreign exchange trading platform, which is overseen by the People’s Bank of China. The yuan is currently allowed to trade in a 4 percent range around its daily midpoint. That point was set at 6.87 yuan to the U.S. dollar on May 26, compared to 6.95 at the beginning of the year.

In August 2015 the PBOC conducted a surprise reduction to the midpoint to make it more aligned with the actual traded price of the currency, and said it would keep the currency broadly stable against a basket of currencies including the dollar. In December it increased the number of currencies in the basket, which reduced the influence of the dollar.

The currency hit its strongest level in more than three months on May 26, as the dollar softened in global markets.