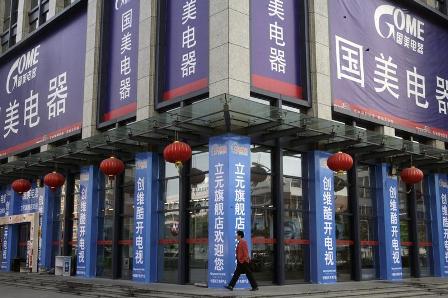 China’s growth can be disruptive as well as lucrative. GOME and Li Ning, two of the country’s biggest retail brands, have both reported slumping sales and losses in a market that seems to be expanding. Shifting consumer habits have made competition fierce and profitability elusive.

That hasn’t worked out as planned. In 2012, GOME’s revenue dropped 20 percent even as sales of household electronics in China grew 10 percent. Demand for sports gear and clothing overall have been expanding in double digits, but Li Ning’s revenue fell 25 percent in 2012.

Increased competition has outpaced customers, but foresight matters too. GOME has been caught short by the growth of online retailing, which now accounts for 6 percent of China’s total retail sales, according to McKinsey – more than in the United States. A third of small appliances may be sold online by 2016. GOME is scrambling to improve its online offering, but faces heavy investment and a rivals unburdened by the cost of running physical stores.

New strategies take time and money. Li Ning has the right idea – it has written off 1.3 billion yuan ($209 million) of worthless stock, and closed a fifth of its stores in a year. GOME, meanwhile, is still expanding in second-tier markets. But the rise of electronic commerce, led by giant Alibaba, makes real-world expansion questionable. Foreign retailer Metro is withdrawing from consumer electronics in China; BestBuy closed its own-brand stores two years ago.

For weaker retailers, the disruption is only just starting. China Construction Bank revealed on March 22 that non-performing loans to retailers more than doubled during 2012. A third of Beijing’s department stores registered negative sales growth last year, according to a survey by property consultant Colliers. China’s consumers have a bright future; some who sell to them may not.

GOME, the Chinese electronics retailer, on March 25 reported a 20 percent decrease in revenue for 2012, blaming macro-economic factors for a slump in same-store sales. The company reported a loss of 1.8 billion yuan for the year, though said it had returned to the black in the fourth quarter.
Li Ning, the Chinese sports brand and retailer, on March 26 revealed a 2 billion yuan loss for 2012, as it wrote down 400 million yuan of inventories, and 926 million yuan provision for payments due from customers. Revenue from the core Li Ning brand fell 27 percent year on year, compared with a 12 percent decrease for the first half of 2012.
Li Ning reset the terms of a $240 million convertible bond held by private equity group TPG in January, reducing the share conversion price from HK$7.70 to HK$4.50, and issued new convertible securities with a strike price of HK$3.50.
The shares were trading at HK$4.46 by midday Hong Kong time on March 26, compared with January’s peak of HK$6.95.