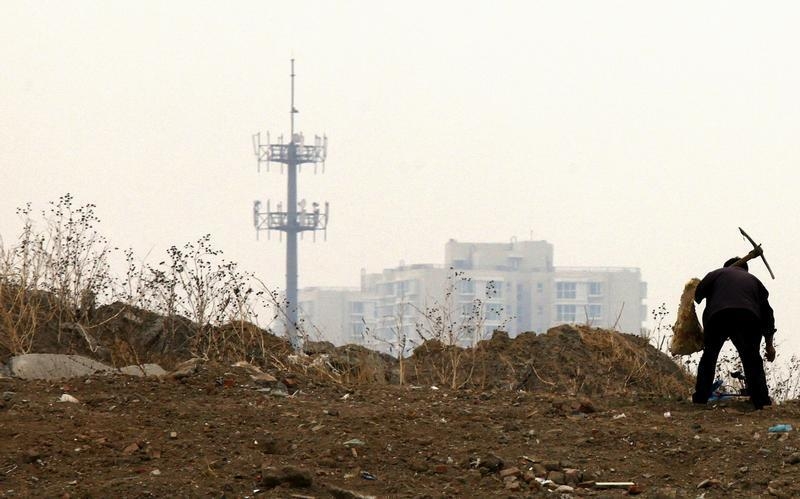 China’s big telecom tower deal is a rare example of state-backed enterprises embracing sensible reform. The country’s three biggest carriers are combining infrastructure assets worth 214 billion yuan ($33.7 billion) in a new company to share costs. Amid a slowdown in the Chinese economy, it’s a good time to ring up efficiencies.

China Mobile, China Unicom and China Telecom will spin off more than 1.5 million towers used by their mobile phone networks in exchange for cash and shares in the jointly-owned company, which is called China Towers. The companies will then lease back the towers on terms that have not yet been finalised.

As the player with the broadest geographic coverage, China Mobile is arguably giving up some strategic advantage over its two smaller rivals. But all three get an immediate boost in the form of a capital gain on the assets, which have been valued at an aggregate 19 percent premium to their book value.

Over the next two years, China Towers will in exchange also pay 87.6 billion yuan in cash, Barclays reckons. It will fund at least part of that by selling a 6 percent stake to the aptly named China Reform, a wholly-owned subsidiary of China’s State-owned Assets Supervision and Administration Commission (SASAC), which will also take a seat on the board.

The simple act of sharing will avoid duplication in what is a capital intensive industry. The savings from cutting back the 691,000 towers the carriers may otherwise have had to build by 2016 could be as much as $24.9 billion, Credit Suisse estimated last year when the deal was first mooted. China Towers’ predictable cash flows will enable it to leverage up. The next step will be an initial public offering that would bring more private capital into China’s telecom sector.

Telecom operators in many other countries have struck deals to share infrastructure, even without the guiding hand of a common state shareholder. But at a time when international investors are increasingly sceptical of China, any evidence that state-backed enterprises are becoming more efficient is welcome.

A mobile phone tower can be seen behind a man carrying a pick over his shoulder as he walks over an area that will soon be a construction site on the outskirts of Beijing April 25, 2011. The fertile fields of this corner of eastern China are an unlikely microcosm of the national economy. There is not a power plant or factory in sight. Yet the area encapsulates as well as any industrial city some of the forces that are reshaping the country. Picture taken April 25, 2011. REUTERS/David Gray

China’s top three telecom carriers announced on Oct. 14 a plan to combine their tower infrastructure into a single company in exchange for cash and shares.

China Tower, which is jointly owned by the three carriers, will also issue new shares to China Reform, a wholly-owned subsidiary of China’s State-owned Assets Supervision and Administration Commission which controls the country’s biggest state companies.

The companies will then lease back the assets from China Tower, on terms that are yet to be finalized.

As part of the agreement, China Reform will also appoint one of its directors to China Tower.

China Tower was established in July 2014 by the three wireless carriers as the first of three steps to reform the country’s telecoms sector. China Reform said the deal is expected to be followed by plans for an initial public offering, without giving a timeframe.

The initial part of the deal is expected to complete this month, with the remaining cash balance payable to the operators by December 2017.

By early afternoon in Hong Kong, shares in China Unicom and China Telecom were down 3 percent and 1.9 percent, respectively, while China Mobile shares were up 2.4 percent.

Morgan Stanley, UBS, and China Securities advised the telecoms operators on the transaction.