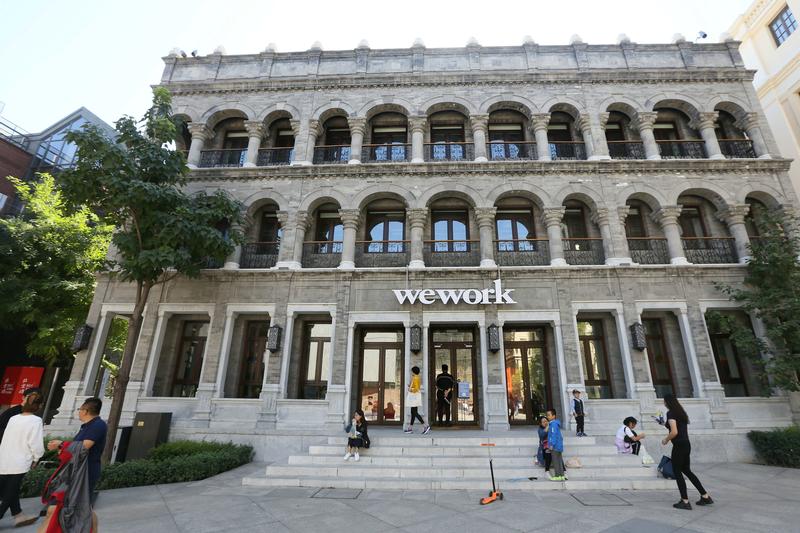 Like Adam Neumann’s company, over-expansion at Beijing-based Kr Space caused a cash crunch. It turned itself into an office manager, reducing exposure to falling occupancy rates. A similar pivot to services can’t salvage WeWork’s $47 bln valuation, but it may stem losses.

People are seen outside the building of Wework's co-working space during the National Day Golden Week holiday, in central Beijing, China October 2, 2018.

As part of the takeover plan, SoftBank will offer $5 billion in new money in the form of debt and accelerate a previous $1.5 billion equity commitment to WeWork in the form of warrants that are due in April, the sources said. SoftBank will also launch a tender offer for up to $3 billion to acquire WeWork shares from existing shareholders. Chairman Adam Neumann could step down as part of the deal.

Based on the outcome of the tender offer, SoftBank could own between 60% and 80% of WeWork. The deal will value WeWork at about $8 billion, sources told Reuters.

WeWork owner The We Company's board will meet on Oct. 22 to evaluate SoftBank's offer against an alternative financing proposal from JPMorgan.