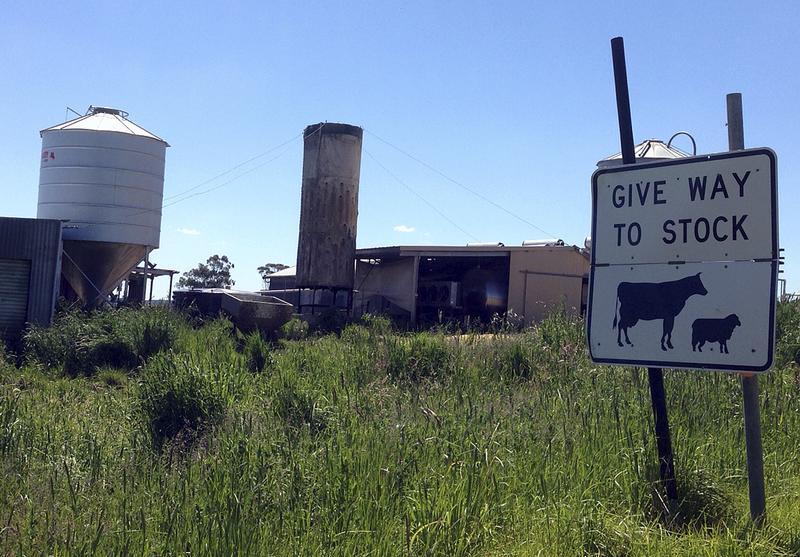 Aussie farmers have tried to milk China’s growing hunger for infant formula. Rising incomes and the end of the one-child policy made the $19 bln market seem appetising. As often happens in the People’s Republic, intense competition and tough local rules have soured the outlook.

A sign warning drivers to be wary of cows is seen near a farm, which supplies milk to the nearby Warrnambool Cheese and Butter Factory, near the town of Timboon, located around 200 kilometres (125 miles) southwest of Melbourne November 18, 2013. Saputo Inc's failure to deliver a knockout bid in the three-way battle for Australia's oldest dairy company is leaving the door open for rival suitors to jump in with sweeter offers. The target Warrnambool Cheese and Butter Factory Co surged to a record A$9.39 in Sydney trading on Monday, fuelled by market speculation that the months-long takeover battle has further to run and Saputo's rivals Murray Goulburn Co-operative Ltd and Bega Cheese Ltd may increase their bids. REUTERS/Sonali Paul (AUSTRALIA - Tags: FOOD ANIMALS BUSINESS AGRICULTURE) - GM1E9BI0ZA501

The company also said it had received approaches from "a number" of suitors. In May, it dropped a push into high-end dairy products for Asian consumers after disappointing sales in China.

The China Food and Drug Administration announced new infant-formula regulations in June 2016. These include new rules on registering infant-formula recipes and labelling products, and will limit the number of brands a company can sell. The deadline for compliance is January 2018. Some companies have skipped registering and dumped infant formula, triggering a sharp price drop.

Infant-formula maker Bellamy’s Australia made an annual net loss of A$809,000 for the last financial year, compared with a profit of A$38.3 million last year. It has blamed China’s new rules for a supply glut that hurt sales. Bega Cheese, which makes dairy products including infant formula, on Aug. 23 reported $8.1 million of inventory losses and said sales were missing forecasts after the regulatory change.

- China imported more than 221,000 tonnes of infant formula in 2016, up 25.8 percent from a year earlier, according to the industry data service China Chemicals Market. The estimated retail value of the infant milk formula market in China was $18.7 billion in 2016, according to Euromonitor.