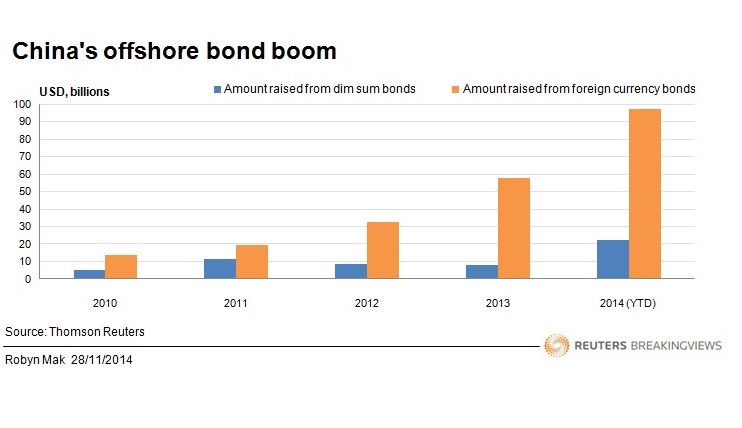 Troubled LDK Solar avoided liquidation after bondholders agreed to convert around $700 mln of offshore debt into shares. But the loss-making company owes mainland banks $2.5 bln. It’s a reminder that when things go wrong in China, overseas creditors are at the back of the queue.

Chinese solar panel maker LDK Solar announced on Nov. 24 that a U.S. bankruptcy court in Delaware had accepted a prepackaged bankruptcy plan for its U.S. subsidiaries. The court also recognised the company’s provisional liquidation in the Cayman Islands.

LDK Solar appointed provisional liquidators in February after the troubled company admitted it could not repay high-yield bonds worth $290 million. It also defaulted on preferred shares issued by a subsidiary, LDK Silicon, which the parent company had guaranteed. The preferred shares were worth $388 million, including accrued interest.

Under the restructuring plan, LDK Solar’s creditors will receive $10 million of cash, up to a maximum of 10 cents on every dollar they are owed. In addition, they will receive LDK Solar shares or bonds convertible into equity.

At the end of 2013, LDK Solar had net borrowings of around $2.5 billion. The company reported a net loss of $1.6 billion for the year to December.