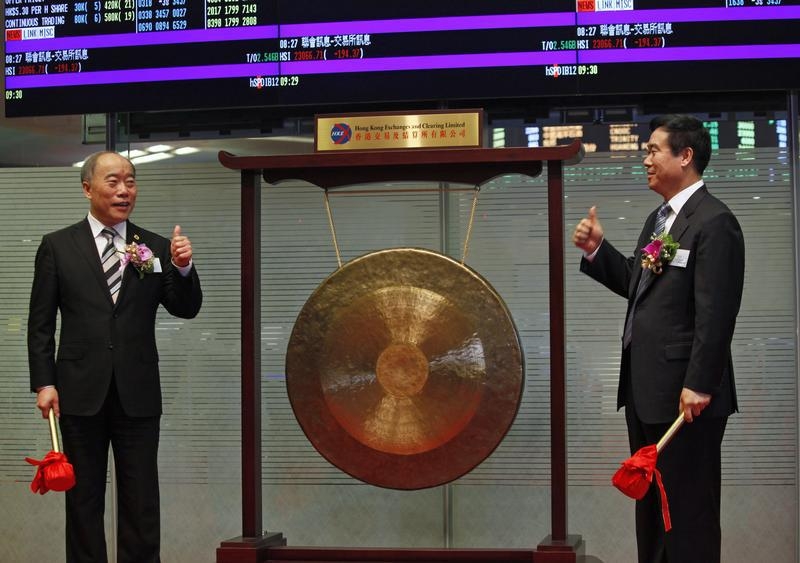 China’s approach to opening up its stock market is the opposite of a Big Bang. Investors are once again getting excited about the prospect of mainland shareholders being allowed to buy Hong Kong stocks. But such hopes have proved premature before. As with any loosening of China’s capital controls, progress is bound to be gradual.

The latest rush of excitement stems from reports that Hong Kong and Shanghai are about to allow investors in each market to buy shares in the other. Hong Kong Exchanges & Clearing – which operates the stock market in the former British Colony – says no deal has been agreed. Nevertheless, its shares continued to rise on April 3 after a 5 percent jump the previous day.

The mooted move – known as “mutual market access” – could punch a big hole in capital controls designed to keep Chinese money on the mainland, and keep foreign investors out. That’s the reason it is unlikely to happen in one go. Though China’s regulators have promised to make the yuan fully convertible, any meaningful liberalisation remains several years away at best. Moreover, the authorities seem particularly keen to ensure that flows out of China are matched by capital flowing in from abroad.

The People’s Republic has flirted with cross-border share-trading before. In 2007, regulators drew up plans to allow mainland investors access to international markets via Hong Kong. The so-called “through train” programme was later abandoned in favour of a more restrictive system of quotas for domestic funds.

Further reforms are likely. One long-awaited change is the introduction of rules that allow Hong Kong-based mutual funds to raise money from mainland investors, and vice versa. So-called “mutual recognition” is close, a top Hong Kong regulator said on April 2.

China will eventually play a bigger role in global finance. That shift will have a big impact on debt and equity markets – in Hong Kong and elsewhere. But even once the doors are opened, the experience from other countries suggests that most investors prefer to keep their money close to home. Anyone expecting a Big Bang is bound to be disappointed.

Shares in Hong Kong Exchanges and Clearing rose 5.4 percent on April 2 following reports in Chinese media that Hong Kong and Shanghai had reached an agreement to offer investors mutual access to each others’ markets.

HKEx subsequently confirmed in a statement that it had “been in discussions with its Mainland Chinese counterparts regarding the potential establishment of mutual market connectivity initiatives between Mainland China and Hong Kong”. However, it stressed that no agreement had yet been reached.

On April 1, a top regulator said Hong Kong and China were putting the finishing touches on a deal that would encourage money managers to base operations in the former British colony to target the onshore market.