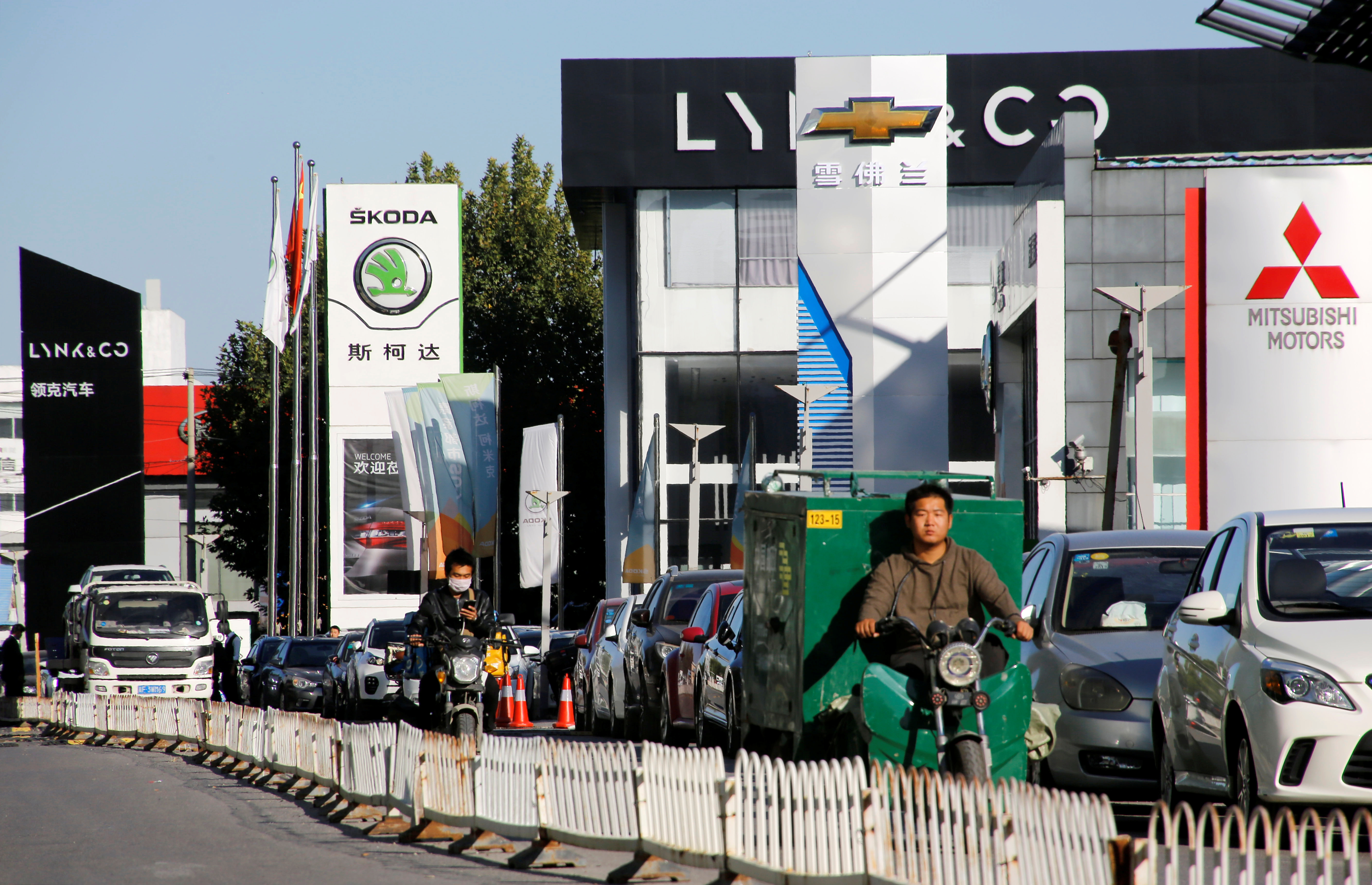 Halving the levy on new vehicle sales might help prop up falling demand. But it could delay the country’s much-needed industry consolidation. Meanwhile foreign automakers have far more to fear from U.S. and European slowdowns – not to mention the prospect of more trade tariffs.

China's top economic planning body is proposing to cut the tax levied on car purchases by half, Bloomberg reported on Oct. 29.

Reuters reported on Oct. 11 that the China Automobile Dealers Association has submitted documents to the country's finance and commerce ministries proposing the 10 percent auto purchase tax be halved. CADA has made proposals in previous years that have helped shape auto policy.

China's car sales fell by 11.6 percent from a year ago to 2.39 million units last month, the biggest drop in nearly seven years.

Shares in Volkswagen, Daimler, BMW, Peugeot, Fiat Chrysler and Renault rose after the report. VW and Daimler were up about 6 percent and 5 percent respectively at midday GMT. Shares in Ford and General Motors were up more than 5 percent in early trading in New York.