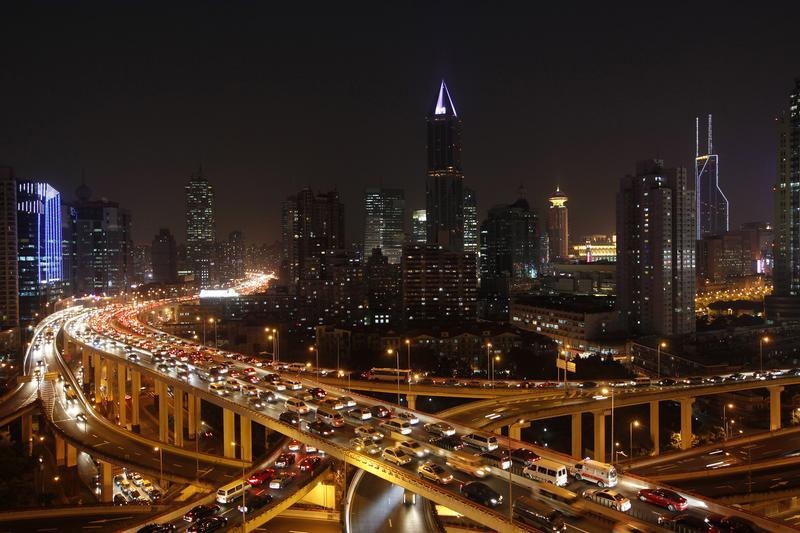 China’s taxi-hailing apps are speeding towards a subsidy showdown. Local operator Didi Kuaidi is raising up to $2 billion less than a month after U.S. rival Uber said it will invest $1 billion in the People’s Republic. Both are battling for market share by spending heavily on subsidies for drivers. The question is whose investors lose patience first.

The capital raising offensive is the latest front in China’s taxi and car hailing wars. Smartphone apps use generous subsidies and promotions to attract drivers, which in turn help to lure passengers. The bet is that once an app has established a dominant position it should be able to phase out those subsidies and make money from commissions.

The battle for dominance is costly: Didi Kuaidi, which now has 99 percent of the taxi hailing market, is the product of the merger of China’s two top apps. They joined forces last year after a bloody battle that saw them spend a combined 2.5 billion yuan ($390 million) on subsidies in the first half of 2014, according to state media.

Now Didi Kuaidi and Uber are locked in a similar fight for the private car market. The rivalry also pits China’s three deep-pocketed web giants against each other. Social media and gaming group Tencent and e-commerce group Alibaba are investors in Didi Kuaidi, while search engine Baidu has teamed up with Uber.

The U.S. group’s $40 billion-plus valuation is roughly three times higher, but its local rival looks better positioned to survive a Chinese war of attrition. Didi Kuaidi’s users currently book 3 million taxi rides and request 3 million private cars a day, and the company is already profitable in a few of the cities where Uber does not compete, according to people familiar with the company. Its subsidies per ride are one-fifth of the amount paid by the competition.

Uber, which is concentrating on wealthier Chinese cities like Chengdu, Hangzhou and Beijing, recently said it was handling 1 million rides a day in the country. If that’s the case, a $1 billion fundraising won’t last very long. Despite the promise of China’s taxi-hailing market, investors may soon be suffering from battle fatigue.

(This view was updated on June 30 to correct the spelling of “Didi Kuaidi” throughout.)

Vehicles drive on flyovers during the evening rush hour in central Shanghai December 29, 2010. China's auto stocks, which were bruised last week by Beijing's policy to limit new car registrations in the capital, were largely calm on Wednesday, shrugging off government confirmation of an end to tax incentives for small cars. REUTERS/Aly Song

China’s dominant taxi-hailing app Didi Kuaidi told shareholders that it was raising at least $1.5 billion in additional capital in a letter to shareholders on June 26. Strong demand could lift the amount to $2 billion, valuing the company at $15 billion, people familiar with the matter told Reuters.

Earlier in June, rival Uber confirmed that it plans to invest more than $1 billion in China this year.

Didi Kuaidi, which is active in over 360 Chinese cities, said it receives requests for three million private car trips a day, in addition to three million taxi rides that are booked daily on the app. The company said it had 80 percent and 99 percent of China’s private car and taxi-hailing market in the country, respectively.

Uber, which focuses on private cars in 11 Chinese cities, told investors that it was handling one million trips a day.

Didi Kuaidi was created from the merger in February of Didi Dache and Kuaidi Dache. The two companies are backed by social media and gaming group Tencent and e-commerce company Alibaba respectively, though the shareholders’ stakes have not been publicly disclosed.

Uber’s Chinese business has backing from China’s largest search engine operator Baidu. In December, the two announced a strategic partnership where Baidu will invest an undisclosed sum in Uber and allow users of Baidu’s mobile products to access the Uber app.