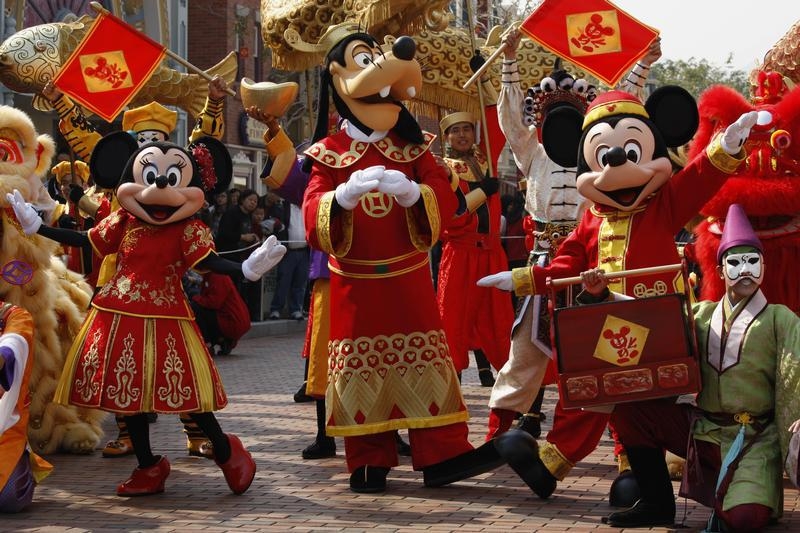 American operators including Universal Studios are eyeing the People’s Republic. Chinese households are forecast to spend $4.2 billion on fun fairs by 2018. But the worry that weaker consumer spending could rain out growth hopes is already hitting valuations of local groups.

or
Request a Free Trial
or
Credit markets will withstand Evergrande shocks
Sign in to your Breakingviews account
If you need assistance please email breakingviews.clientsupport@thomsonreuters.com

Rival Walt Disney is constructing a $4.4 billion theme park in Shanghai set to finish next year.

Characters at Hong Kong Disneyland pose after a parade celebrating the upcoming Year of the Ox January 15, 2009. REUTERS/Bobby Yip

Rival Walt Disney is constructing a $4.4 billion theme park in Shanghai set to finish next year.