Sticking up for minorities 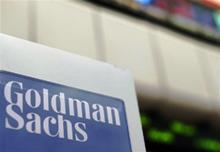 Wall Street may be the winner from this year’s bilateral talks between the United States and China. Foreign banks who run Chinese securities joint ventures, including Morgan Stanley and Goldman Sachs, will soon be allowed to raise their stakes to 49 percent, according to a U.S. official in Beijing. It still doesn’t match the heavy lifting they do, but it is a breakthrough in an important market.

Global banks can own 33 percent of their joint ventures today. Most ventures can only underwrite stocks and bonds, and are not allowed to buy and sell securities on clients’ behalf. There are exceptions for those who got in early. Goldman has managed to effectively control its venture through a special arrangement with its partner, while UBS enjoys wider trading powers than its peers.

The new rules will give the foreigners more influence relative to their demanding Chinese partners. Domestic firms, which put in two thirds of the money, often chase short-term profits. Global players should care more about building a lasting franchise and avoiding reputational risks.

All this is in China’s interest. If global banks are better compensated for their work they will work harder to bring in global best practice in corporate governance. With a fairer share of the returns, they may also put more effort into the joint ventures, instead of trying to use their platforms to channel deals to their offshore investment banks.

In a further sign of opening, foreign ventures will be able to trade financial and commodities futures, though it remains to be seen whether all will be able to participate. The number of commodity transactions in China hit 3 billion in 2010, three times as many as the volume in the United States. Meanwhile the financial derivatives market has a long way to go.

Of course, getting a bigger stake means putting up more capital, and in a weak market too. Equity proceeds by the ten joint ventures fell 75 percent so far this year, according to Thomson Reuters, as mainland equity issuance tumbled. But given the market’s long-term potential the extra investment should be worth it.

A Goldman Sachs sign is seen on the floor of the New York Stock Exchange, April 16, 2012. REUTERS/Brendan McDermid