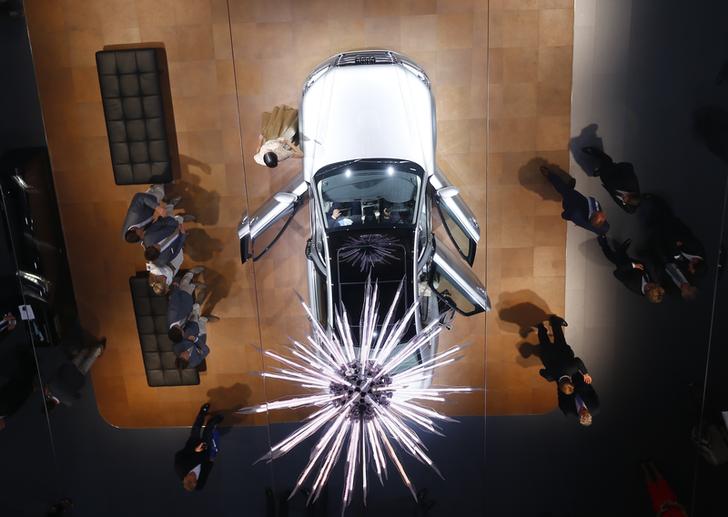 China’s competition watchdog has forced luxury carmakers into a U-turn. The whiff of a probe into vehicle parts was enough to get Audi and Jaguar Land Rover to reduce their prices, even though neither has been publicly deemed to be abusing its position. Experience shows in China it is better to admit guilt early than risk bigger fines, or lose access to a critical market.

Foreign companies are increasingly vulnerable to accusations of unfairly milking Middle Kingdom consumers for profit. The National Reform and Development Commission is already probing U.S. pharma groups and chipmaker Qualcomm. In auto parts, it may be onto something. The cost of spare parts for an Audi AL6 were four times the cost of a new car before the reductions, the company said. For the industry globally, the norm is around three times, according to one analyst.

China’s car industry is the world’s biggest by new vehicles sold, so the adjustment to profit isn’t small. Assuming that Audi’s parts revenue is about 5 percent of its total China turnover, Bernstein estimates an earnings impact of around 400 million euros ($537 million). That’s about 5 percent of owner Volkswagen’s 8.1 billion euro 2014 forecast net profit according to Eikon SmartEstimates.

But waiting for a potential fine could have been worse. Under China’s 2008 anti-monopoly law, companies found to be abusing their market dominance to fix prices can be fined up to 10 percent of annual group revenue. Using the broadest legal definition, that could mean a potential fine of roughly 5 billion euros ($6.7 billion) for Audi. More important may be maintaining good relations with a fast-growing luxury car market, which McKinsey expects will be the world’s largest by 2016.

It’s hard to imagine carmakers being so quick to self-rectify in any other market. The old Chinese idea of “lenience for those who confess, harshness for those who resist” is presumably one motive, which may also explain why some foreign contact lens makers who cut prices early were fined just $600,000 each in May, while milk powder group Danone ended up paying almost 50 times that. Their willingness to back down is understandable – though the precedent they set may come back to haunt them.

An Audi A8 is reflected in the ceiling during a media preview day at the Frankfurt Motor Show (IAA) September 10, 2013. The world's biggest auto show is open to the public September 14 -22.

Volkswagen’s premium carmaker Audi said on July 26 that it would cut prices of spare parts sold in China, amid a probe by the antitrust watchdog over whether auto groups overcharge Chinese customers.

Using its A6L sedan as an example, Audi said the ratio of the replacement cost of all vehicle parts relative to the sales price of a new car was previously 411 percent. After price cuts, that ratio would fall to 291 percent of the new car price.

The group said the cost of a replacement 2.0 litre TFSI engine would be cut by 22 percent.

The group also disclosed that China’s market competition watchdog, the National Development and Reform Commission (NDRC) had opened an investigation into parts pricing in the auto industry.