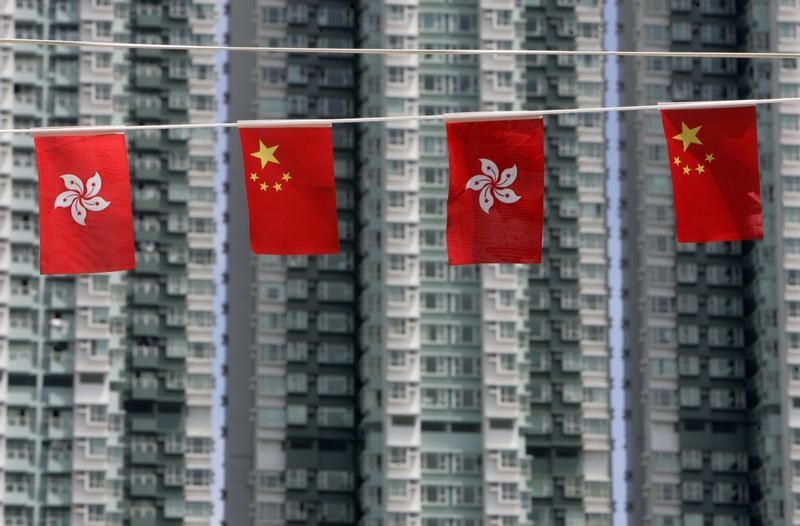 Hong Kong’s links to mainland China can help burnish its financial technology credentials. The city is playing catch-up with Singapore in developing a fintech hub. But with the world’s largest population on its doorstep, Hong Kong has two natural advantages: one is as a gateway for investment and market research; another is its proximity to tech giants Alibaba and Tencent.

Singapore has established a lead in attracting both fintech talent and startups – in areas from payments and cyber security to robo-advisers and blockchain. And despite Hong Kong’s global standing as a financial centre, a report by EY early this year ranked it last out of seven global fintech centres. Opaque government policy and slow-moving regulators were among the reasons cited. One other problem is restrictive data privacy laws.

The special administrative region is trying to smarten up. Aping Singapore and the UK, the Hong Kong Monetary Authority in September launched a “sandbox” regulatory regime that allows banks to trial new technologies. Last month, the HKMA issued online payments licences to a handful of companies including Alibaba boss Jack Ma’s Ant Financial. And in November, Hong Kong will host its first ever “Fintech Week”, just days before Singapore’s inaugural “FinTech Festival”.

Mainland China’s chief appeal is its flourishing internet finance industry. Alipay, the digital payments arm of Ant Financial, boasts some 450 million users. The listed social media giant Tencent, meanwhile, has over 800 million monthly active users on its mobile messaging platform, many of whom use it to pay bills, transfer money, and invest in money market funds. A partnership with either would immediately give an early-stage company scale.

Even without one, that huge market offers attractions for startups. Under current trade agreements, Hong Kong companies receive preferential treatment in Chinese services markets, including lesser restrictions on setting up mainland operations. And Chinese fintech groups may bring their knowhow to Hong Kong, should they use its developed capital markets to tap international investors.

Building a fintech hub isn’t a winner-takes-all competition. Singapore can offer startups access to fast-growing Southeast Asian markets and a greater focus on wealth management. Many entrepreneurs will want a presence both there and in Hong Kong. But the latter’s Chinese promise gives it a good chance to draw level fast.

Hong Kong will host its first "Fintech Week" in early November, a government department announced on Sept. 21. InvestHK, which helps attract foreign direct investment in Hong Kong, said this was part of a new initiative to "position the city as the premier centre in Asia for [financial technology] companies".

On Sept. 6, the Hong Kong Monetary Authority launched a regulatory regime known as a "sandbox" for financial technology innovation in the banking sector. The "sandbox" allows financial institutions to trial new technology on a pilot basis under the supervision of regulators, Reuters reported.

Singapore is also launching its inaugural "FinTech Festival" a week later in November. The island's authorities in June this year also proposed a regulatory sandbox for fintech experiments.