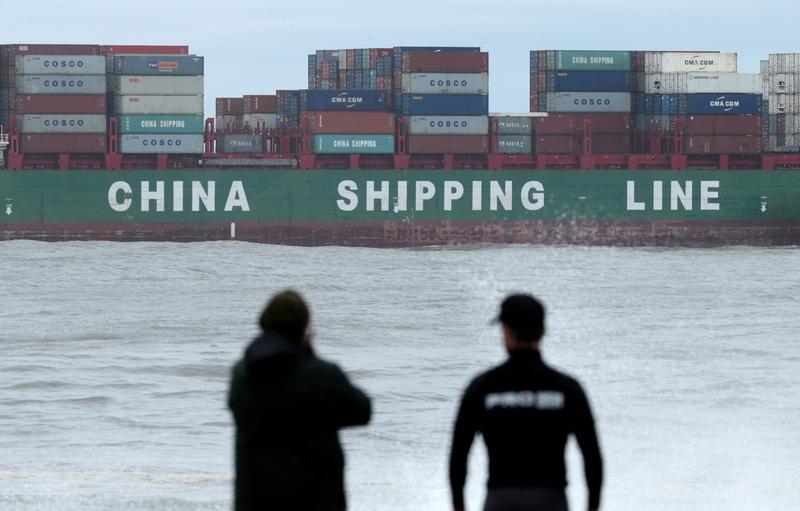 China bought more stuff from abroad last month than it had the year before, breaking a 21-month trend. But trade partners and China-bashing politicians can keep the bubbly on ice. The timing of the data, coming as two international summits wrapped up, has the whiff of a diplomatic gesture. It’s too early to call a softening of China’s neo-mercantilist trade policy.

The General Administration of Customs reported Chinese imports rose 1.5 percent in dollar terms in August, beating expectations for another decline. That sparked some hope that the long-awaited recovery in Chinese demand for foreign manufactured goods is finally underway.

Trouble is, much of the gains came from importers stockpiling commodities in anticipation of rising prices, a blip that can be easily organized by officials with a few calls on their red phones. Nor did the surge in raw material purchases keep China from logging a hefty $52 billion trade surplus for the month. China is still on track to set another record high surplus in 2016.

Nearly two years of declining imports has dashed expectations for the great rebalancing, an era in which Chinese demand would offset weakness in other parts of the world. Coinciding with a weakening exchange rate (and signs of product dumping by Chinese firms), it has strengthened the case of those calling for retaliation, like U.S. Republican presidential hopeful Donald Trump.

So the import surprise, which follows the conclusion of the G20 and ASEAN summits at which Chinese officials pontificated about protectionism, is diplomatically convenient. It’s unlikely to be sustained absent a global recovery in demand. If that happens, China will just crank up exports further because the surplus is too economically useful to set aside.

The primary utility is monetary. China’s vaunted foreign exchange reserves – the world’s largest – fell below $3.2 trillion in August, their lowest level since 2011, and the Institute of International Finance estimates net capital outflows accelerated to hit $41 billion.

The data comes after the conclusion of the G20 meeting in Hangzhou, China and a subsequent ASEAN summit at which declining trade volumes and protectionism were points of concern.

The data comes after the conclusion of the G20 meeting in Hangzhou, China and a subsequent ASEAN summit at which declining trade volumes and protectionism were points of concern.