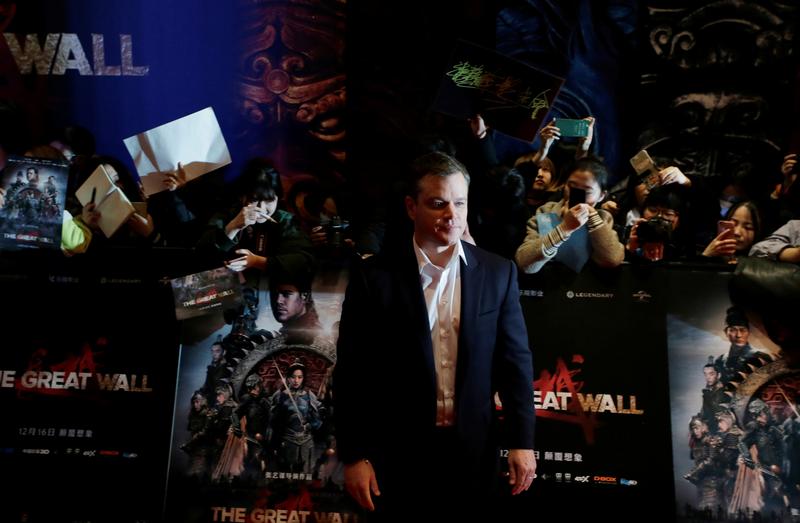 A joint production starring Matt Damon has underwhelmed critics. Yet Hollywood’s partnership with China will accelerate regardless. The combination of the People’s Republic’s booming box office and Tinseltown’s movie-making expertise suggest investments will pay off eventually.

"The Great Wall" is a joint production by Universal Pictures in the United States and China's Legendary Entertainment, Le Vision Pictures and state-owned China Film Company.

The film stars Matt Damon and is directed by Zhang Yimou. It opened in China on Dec. 16 and grossed $60.6 million in box-office revenue during the first weekend, according to data from Box Office Mojo.

It will be released in the United States on Feb. 17.