Diplomacy by other means 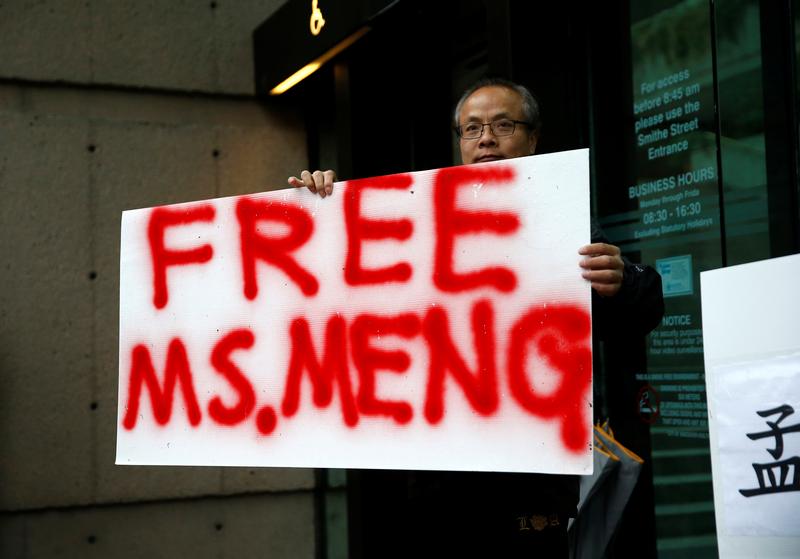 Washington and Beijing’s tariff truce is looking fragile. The arrest of tech giant Huawei’s CFO on U.S. behest complicates matters. Detention is a common business negotiation tactic in China, as a Canadian ex-diplomat just found out. U.S. executives have good cause to worry.

Robert Long holds a sign outside the B.C. Supreme Court bail hearing of Huawei CFO Meng Wanzhou, who was held on an extradition warrant in Vancouver, British Columbia, Canada December 11, 2018.

China warned Canada on Dec. 8 that there would be severe consequences if it did not immediately release Huawei Technologies chief financial officer Meng Wanzhou, calling the case “extremely nasty”.

Meng, who is the daughter of Huawei founder Ren Zhengfei, was arrested on Dec. 1. She faces extradition to the United States. The U.S. government alleges that she covered up Huawei's links to a firm that tried to sell equipment to Iran despite U.S. sanctions. She was released on C$10 million($7.5 million)bail by a Canadian court on Dec. 11.

Michael Kovrig, a former Canadian diplomat, has been detained in China, according to a statement by the International Crisis Group, his employer.

Reuters reported on Dec. 12 that the U.S. State Department is considering a travel advisory warning American citizens, including business executives, not to travel to China.