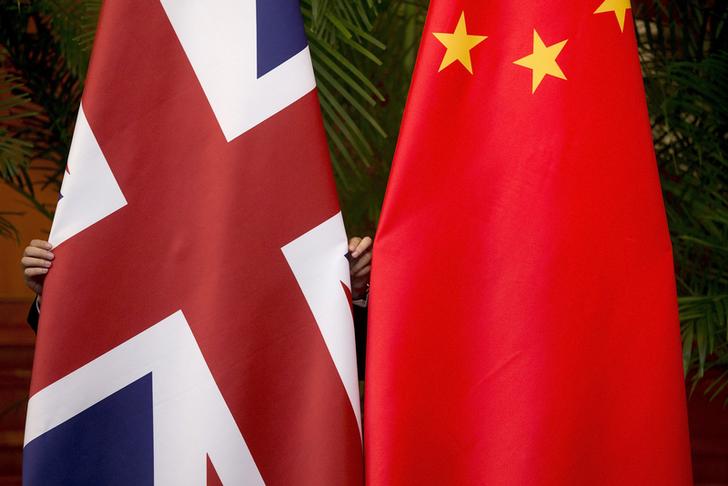 China Pacific Insurance has broken a year-long dry spell for the stock market link between China and Britain. The $32 billion financial group on Wednesday raised $1.8 billion on the London Stock Exchange, becoming just the second company to add a listing in the British capital to its primary venue in Shanghai. The lack of traffic between the two financial centres is partly down to mounting political tensions. But the scheme also faces more practical hurdles.

It’s almost exactly 12 months since Huatai Securities opened the much-discussed link with a $1.7 billion offering of global depositary receipts (GDRs) in London. Chinese regulators then temporarily blocked other cross-border listings because of tension over Hong Kong, Reuters reported in January. Yet while relations have hardly improved since, they did not prevent China Pacific Insurance from making the journey.

For the Chinese company, the appeal of a London fundraising is clear. It can use the proceeds to finance overseas operations without having to navigate Chinese capital controls. Buoyed by support from insurance giant Swiss Re, the offering was priced at a 10% discount to Tuesday’s closing price in Shanghai.

That’s more attractive than selling stock in Hong Kong. China Pacific Insurance shares listed in the former British colony currently trade at a roughly 24% discount to Shanghai. That’s because the Hong Kong shares cannot be exchanged for Shanghai shares, unlike the London-listed GDRs.

The appeal for prospective investors is harder to divine. Institutions seeking exposure to China Pacific Insurance can already trade its Hong Kong-listed shares, or buy its Shanghai stock directly through Hong Kong’s well-established trading link with the Chinese bourse.

By comparison, London-listed GDRs are less liquid. The time difference with Shanghai also means investors have limited ability to react quickly to any breaking corporate announcements. Huatai’s offering underscores the problem. By the end of March, three-quarters of the 82 million GDRs that the stockbroker issued in London last June had been converted back into shares in Shanghai.

Chinese firms looking to tap international capital have typically favoured Hong Kong or New York. Escalating friction between Washington and Beijing would appear to be an opportunity for London. Even if politics does not get in the way, though, the Shanghai-London link looks set to remain more discussed than used.

China Pacific Insurance on June 16 announced it would raise up to $2 billion through a listing of global depositary receipts on the London Stock Exchange.

The insurance company priced the offering at $17.60 per GDR, at the bottom of the price range of $17.60 to $19. Each GDR is equivalent to five of China Pacific’s Shanghai-listed shares.

A worker adjusts British and China (R) national flags on display for a signing ceremony at the seventh UK-China Economic and Financial Dialogue "Roundtable on Public-Private Partnerships" at Diaoyutai State Guesthouse in Beijing, China September 21, 2015.

China Pacific Insurance on June 16 announced it would raise up to $2 billion through a listing of global depositary receipts on the London Stock Exchange.

The insurance company priced the offering at $17.60 per GDR, at the bottom of the price range of $17.60 to $19. Each GDR is equivalent to five of China Pacific’s Shanghai-listed shares.