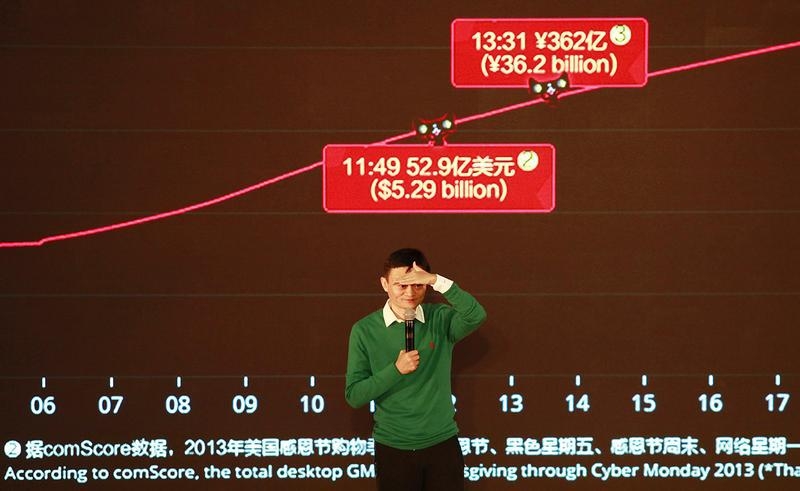 Economists already know that big numbers stop being useful when they become targets. That law now also applies to China’s technology companies. Rival groups like Alibaba and JD.com bandy around statistics like “gross merchandise volume” that are highly subjective. As China’s internet matures, numbers like these will go from confusing to irrelevant.

For China’s e-commerce groups, GMV is the data-point to flaunt. Alibaba handled transactions worth 2.3 trillion yuan ($364 billion) last year – an impressive 81 percent of the country’s total online shopping market. That put rival JD.com’s 240 billion yuan, according to iResearch, in the shade. Yet Alibaba’s mammoth GMV includes all confirmed orders under 100,000 yuan, regardless of whether the transaction completes or not. JD.com’s excludes incomplete transactions over 2,000 yuan. If a customer places an order for a 5,000 yuan iPhone 6 and then cancels it, Alibaba will count that in its GMV while JD will not.

There is scope for spin. Alibaba proudly displayed real time sales figures on a giant screen during its 24-hour “Singles’ Day” online shopping festival. By midnight, the company reported 57.1 billion yuan worth of transactions. Yet this number was boosted by a pre-sales initiative where customers would put down a deposit almost one month before, only to pay the full amount on Singles’ Day.

The main reason investors pay attention to these numbers is that it makes it easier to compare different business models. Alibaba’s main eBay-like marketplace, Taobao – where consumers sell to each other – is very different to JD.com’s Amazon-like business to consumer sites. JD.com also holds onto products in its own warehouses and delivery trucks, while Alibaba doesn’t.

Ideally investors would stick to old-school fundamentals, like operating profit. After all, that’s what’s actually left for investors after stripping out equity and debt in the different business models. The tech companies themselves are not keen to highlight those figures though. Alibaba’s GMV increased 49 percent in the past quarter, while its operating profit grew just 6 percent year on year. And JD.com is still loss-making. That makes numbers like GMV the best of a bad bunch – but investors should beware being too credulous of what is basically a new way to be misled.

Chinese e-commerce group Alibaba had a gross merchandise volume (GMV) of 2.3 trillion yuan in its market places in 2014, according to company filings. Rival JD.com’s GMV was 240 billion yuan, according to data from iResearch.

GMV is the total value of products and services placed on an e-commerce site.

Alibaba Group Executive Chairman Jack Ma gestures as he speaks to media and staff in front of a giant electronic screen showing real-time sales figures of the company's Taobao.com and Tmall.com.

Chinese e-commerce group Alibaba had a gross merchandise volume (GMV) of 2.3 trillion yuan in its market places in 2014, according to company filings. Rival JD.com’s GMV was 240 billion yuan, according to data from iResearch.

GMV is the total value of products and services placed on an e-commerce site.