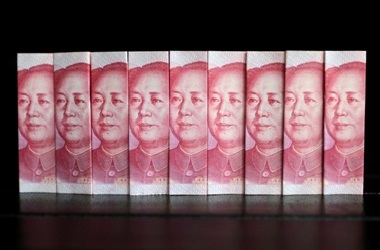 China has won the yuan a place in the International Monetary Fund’s basket of global reserve currencies. It’s a coup for those in the People’s Republic who value such trophies. But winning over IMF bigwigs like Managing Director Christine Lagarde, for whom schmoozing China is a political necessity, was surely the easy part. Investors will be more difficult to convince.

From next October, the yuan will be one of five currencies that IMF members can request in return for their holdings of Special Drawing Rights, a kind of quasi-money used by the fund. China’s gain is at the expense of the euro area and Britain. Their stake in the SDR basket will fall from a combined 49 percent to 39 percent. That said, Beijing’s gain is not really much of one. There are only $285 billion worth of SDRs around, suggesting that China’s 10.9 percent participation will equate to just $31 billion.

The imprimatur of a multilateral lender won’t be enough to persuade investors to hold more renminbi. After all, Beijing clumsily devalued its currency by 1.9 percent in a single day in August. And outflows in the third quarter shaved around $180 billion from China’s foreign exchange reserves. The market for offshore yuan-denominated bonds gives a guide to investor appetite: issuance in the past three months totalled 48 billion yuan ($7.5 billion), less than half the paper sold in the prior three months.

Yuan-denominated bonds issued outside of China

That may be just fine for the monetary planners in Beijing. Inflows tend to push up a currency, which in turn puts pressure on exporters, other things being equal, and that might not suit them. What matters more, at least for now, is that the IMF has given China a stamp of approval that would have been difficult to imagine just 10 years ago. Not only is the yuan in the global currency club, it has been deemed “freely usable”. That is reward in itself. Turning the renminbi into a real global reserve currency can come later.

China’s currency was accepted into the basket that makes up the International Monetary Fund’s reserve assets on Nov. 30. The IMF’s board agreed to add the yuan to its Special Drawing Rights, along with the dollar, euro, pound and yen.

Members of the IMF can use their allocation of SDRs to request any of the constituent currencies. The yuan would not join until October 2016, which the IMF said was in order to give reserve managers time to prepare.

To be included in the SDR, the yuan had to be deemed “freely usable”, a test that it failed at the last review in 2010.