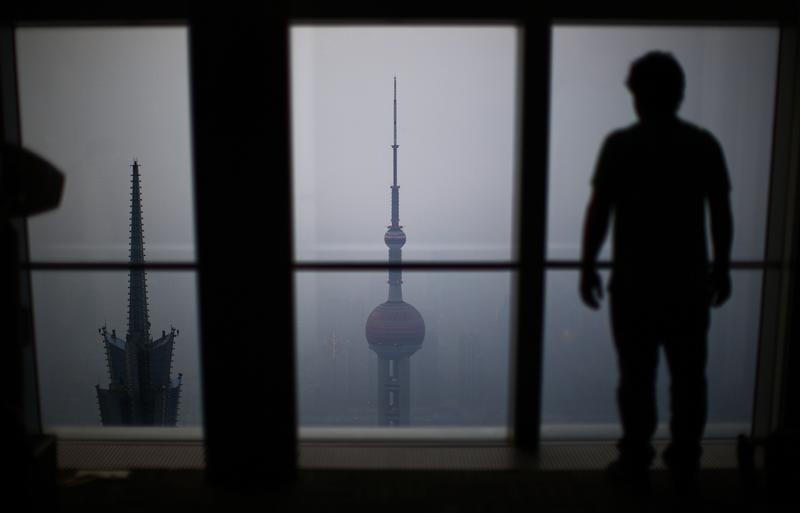 Lenders have scaled back their involvement in the shadow banking sector. It’s a victory of red tape rather than good sense, but still cuts down the risk of a crisis. The next battle is dealing with borrowers for whom this kind of creative credit has become a lifeline.

A man looks at the Oriental Pearl TV Tower on a hazy day at Pudong financial district in Shanghai March 18, 2014.

China’s shadow banking sector is the third largest in the world after the United States and United Kingdom, according to a report by the Financial Stability Board released on Oct. 31. The panel broadly defines shadow banking as credit intermediation by non-bank institutions.

Total social financing, China’s official measure of new funding provided to the economy, was 12.8 trillion yuan ($2.1 trillion) in the nine months ending September, 8 percent less than the same period in 2013.

New lending from trust companies, one element of total social financing, shrank by 77 percent year on year. Trusts channel investors’ funds into equity, loans, property and bonds. They had 12.5 trillion yuan of assets at the end of June, according to the China Trustee Association.

Earnings from nine listed banks which had reported by Nov. 4 showed a 5.8 percent decline in exposures to the interbank market between the second and third quarters of 2014, according to Breakingviews calculations. Chinese banks restructure some kinds of lending to companies to appear as loans to financial institutions.

Insurance companies nearly doubled their exposure to products from trust companies in the first half of the year, according to the industry’s regulator.