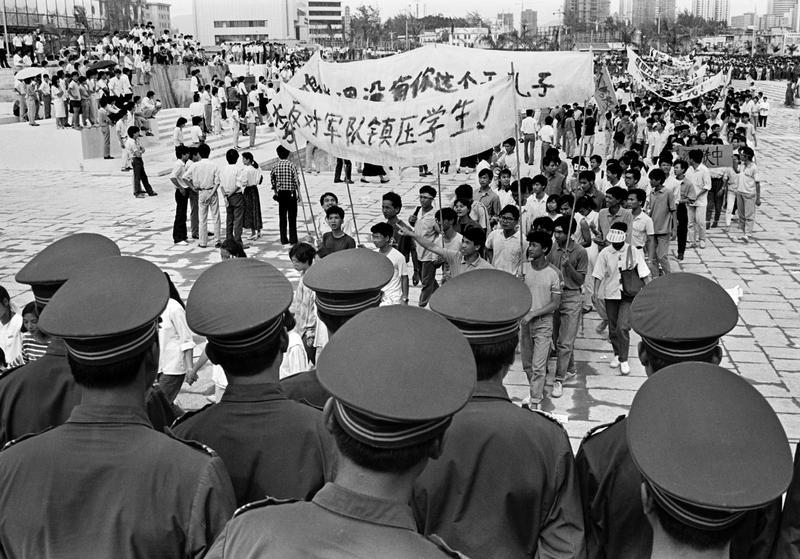 China is richer and more stable than when tanks rolled into Tiananmen Square 25 years ago. Then, incomplete political reforms led to chaos, violence and retrenchment. While there’s little risk of that now, a similar dynamic is playing out in the financial system.

These days, Chinese citizens mostly accept political restrictions. The authorities survey communications and police gatherings. Rapid income growth has made the memory of 1989 less relevant. Foreign investment, too, has flowed in. In 1990 China attracted $2.8 billion, according to the OECD. By 2013 that had grown almost forty-fold.

Financial restrictions have proved less binding. While deposit rates on bank accounts are capped at just over 3 percent for one-year savings, investors have chased a proliferation of more attractive products, both on- and off-line. Non-traditional credit in China’s economy, much of it backed by investment products that sit outside the official banking system, hit the equivalent of 68 percent of GDP in 2013, according to Barclays, having grown 31 percent in a year. Capital flight is a related problem, pushing up casino revenues in neighbouring Macau and house prices in London.

Wayward finance sounds like a trivial concern compared to the tens of thousands of students who demanded democracy in Beijing and other cities in the spring of 1989. But there are parallels. Then, just as now, reform was the watchword of the day as the ruling Party loosened its grip. When vested interests and corruption got in the way, citizens took up the fight. The result was disorder, and ultimately a direct threat to the Party’s ability to retain control.

There is little risk of mass unrest today – the security apparatus is fearsome and better funded; middle classes have more to lose. But financial chaos is an increasing risk. After such freewheeling growth, defaults and institutional failures are inevitable. A likely correction in the real estate sector will erase wealth from hundreds of millions of the savers. If growth slows too fast, some might question whether China’s leaders have kept up their side of the bargain.

The big danger is that once again, China’s leaders are unwilling to relinquish control. At best, the government will do just enough to avoid a breakdown of the financial order, and accept that markets mean a certain amount of unruliness. At worst, financial reform could go the way of political reform after 1989: backwards. The lesson of Tiananmen is that once the will to change vanishes, it can disappear for decades.

June 4 is the 25th anniversary of the brutal crackdown on student protesters in Beijing’s Tiananmen Square, in which a string of student protests lasting almost two months ended in bloody repression.

China’s “shadow banking” system of non-bank credit hit 39 trillion yuan ($6.2 trillion) in 2013 according to Barclays, expanding by 31 percent during the year.

Chinese police monitor a march by tens of thousands of pro-democracy protesters in the special economic zone of Shenzhen in southern China on May 22, 1989.

June 4 is the 25th anniversary of the brutal crackdown on student protesters in Beijing’s Tiananmen Square, in which a string of student protests lasting almost two months ended in bloody repression.

China’s “shadow banking” system of non-bank credit hit 39 trillion yuan ($6.2 trillion) in 2013 according to Barclays, expanding by 31 percent during the year.