Cash from the Far East 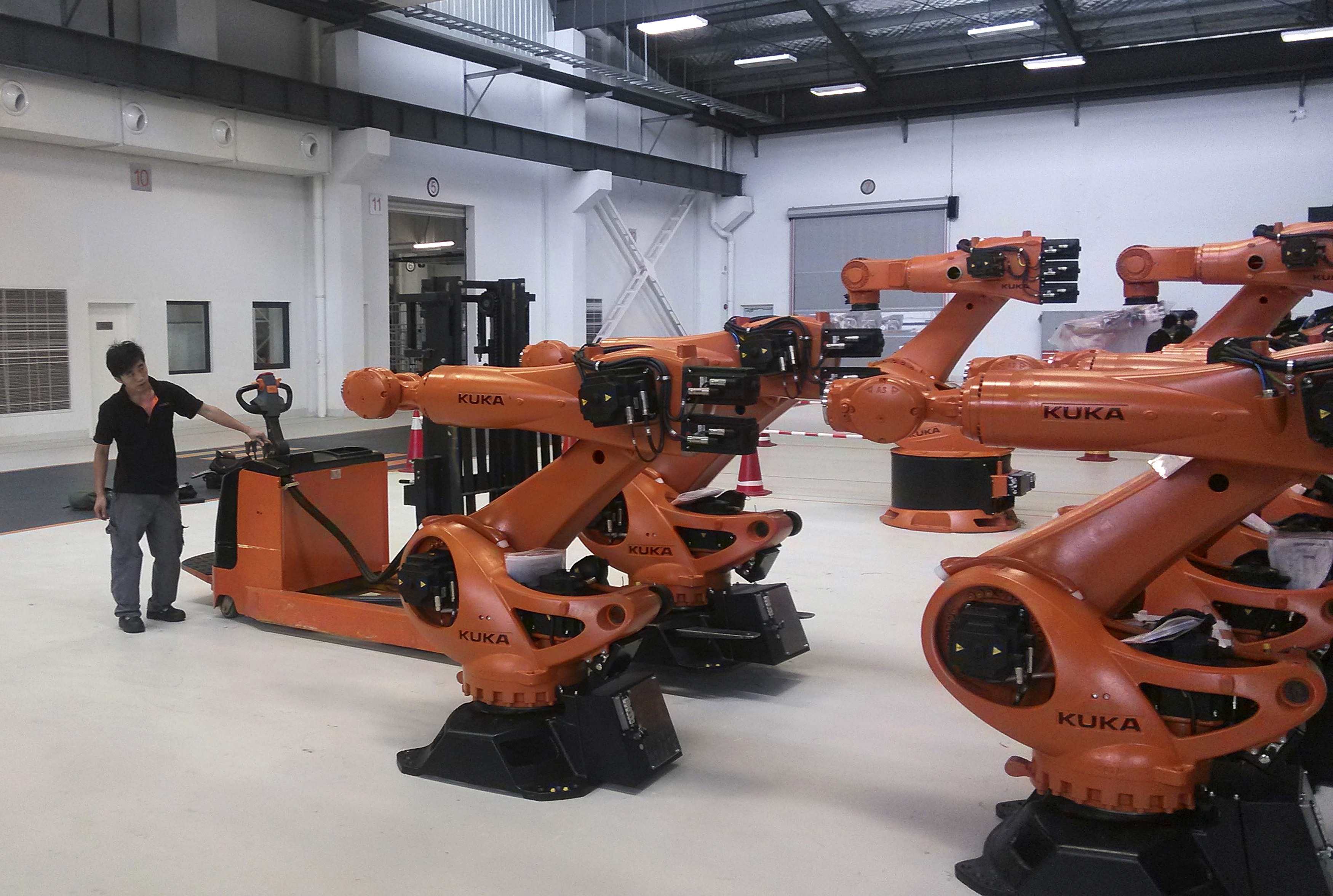 The 36 percent premium Midea is willing to pay for German robot maker Kuka does not compute. The mooted offer the Chinese home appliance group proposed on May 18 gives the Augsburg-based supplier of machines that help build cars and industrial goods an enterprise value of 4.5 billion euros – a whopping 17.5 times this year’s expected EBITDA, according to Thomson Reuters data. If the offer comes to pass, shareholders in Kuka should grab it like a robot arm.

Directly comparable listed peers for Kuka are hard to find, but European industrial machinery makers on average are valued at just 11.7 times this year’s EBITDA. There’s not really anything Midea can offer to justify a premium. There are no cost synergies and the current presence of two large shareholders on Kuka’s register threatens a governance gridlock. Midea says its main rationale is to foster Kuka’s growth in China, where it says demand for robots will grow by 14 percent annually up to 2020. Yet Kuka’s Chief Executive Till Reuter is already planning to double revenue in China between 2014 and 2020.

While forking out what looks like a generous control premium, Midea doesn’t want control. The offer is contingent on receiving the approval of just 30 percent of Kuka’s shareholders, including the 13.5 percent the suitor already owns. So even if privately held Voith Group and German businessman Friedhelm Loh cling on to their respective 25.1 percent and 10 percent stakes, the bid looks likely to win enough shareholder support. Politicians can’t easily grumble about a minority investor moving to a bigger minority.

Look at it from managers’ perspective, and the resulting mish-mash of big shareholders with potentially different interests looks unpleasant. Look at it as a regular investor, and the case for taking the cash is pretty clear. If anything, support from a big group of shareholders might even incentivise the others to find a better deal. What the Chinese will gain is anyone’s guess, but it doesn’t take a human brain to see how this is good for Kuka’s minority investors.

A staff member stands next to robots at a plant of Kuka Robotics in Shanghai, China August 13, 2014.

China’s Midea Group on May 18 said it intends to offer 115 euros per share in cash for German industrial robot maker Kuka AG.

The offer values Kuka, a supplier of robots to automotive manufacturers, at around 4.5 billion euros and represents a premium of 36 percent to the closing share price of 84.41 euros on May 17.

Midea has 13.5 percent of Kuka’s shares and wants to raise its stake beyond 30 percent. Voith Group owns 25.1 percent of Kuka, and German entrepreneur Friedhelm Loh owns another 10 percent. Midea said it neither intends to delist the company nor seek control.

Kuka’s executive and supervisory boards said they will evaluate the offer document with due care and will issue a reasoned opinion.

(This piece has been changed to correct the premium number to 36 percent in the sub-heading and the context news.)