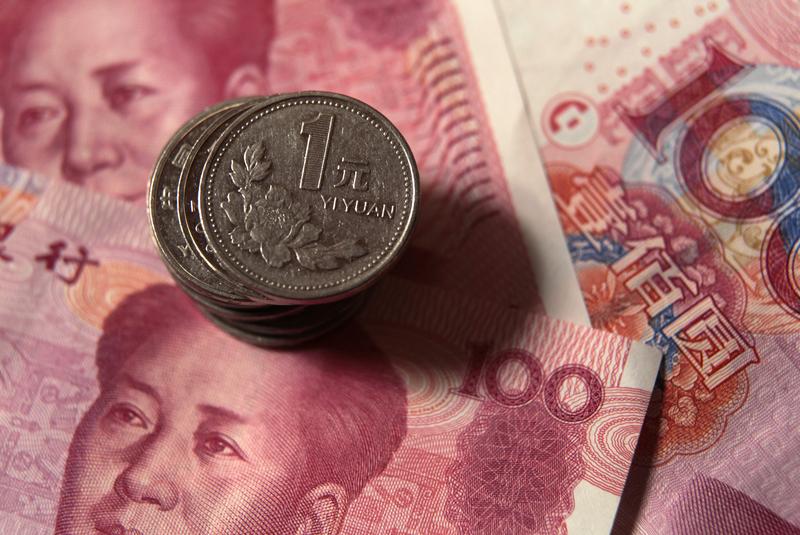 As the currency nears 7 to the dollar, its weakest since 2008, officials are attacking short-sellers exploiting gaps in overseas derivatives trade. Beijing is trying to run two exchange rate regimes. A muddled strategy is making an already difficult balance unsustainable.

Chinese one yuan coins are placed on 100 yuan banknotes in this illustrative photograph taken in Beijing December 30, 2010. The People's Bank of China set the yuan's mid-point at another record high on August 11, 2011, marking the biggest two-day rise in the reference rate since early 2008, and prompting speculation among offshore forwards traders that it could be about to shift policy on the currency. Picture taken December 30, 2010.

On Oct. 26, Pan Gongsheng, vice governor of the People's Bank of China, warned investors not to short the renminbi, the official name of China's currency: "For those who are trying to short the renminbi, we are very familiar with each other, as we fought hand-to-hand a few years ago. I think it’s still fresh in our memory,” he said.

China's central bank said in October that it would issue 20 billion yuan ($2.9 billion) of bills in Hong Kong in November. The first issuance in the former British colony gives Beijing another tool to manage its currency.

The offshore yuan, known as the CNH, has declined around 6 percent against the dollar in 2018, similar to the decline in the offshore rate. However, spreads have widened in currency forwards markets in Hong Kong and onshore.