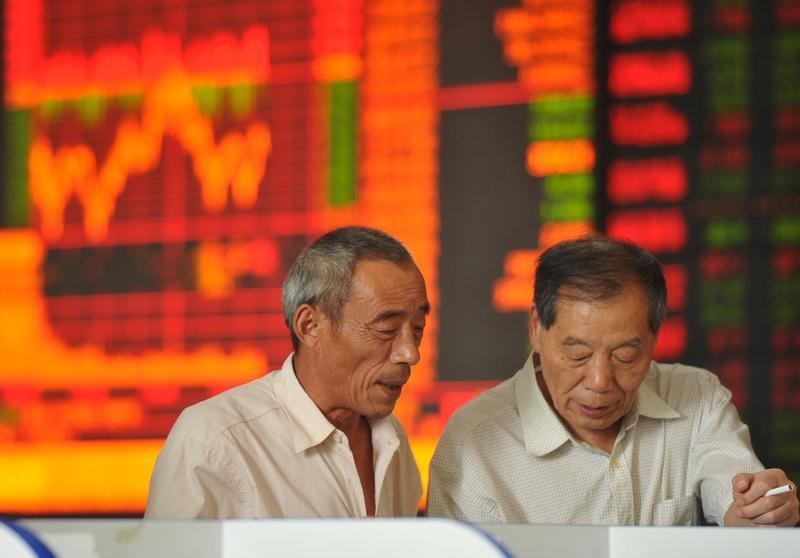 China’s stock market sickness is becoming contagious. Shockwaves from the latest selloffs in Shanghai and Shenzhen have rippled across currencies, commodities and Asian bourses. Investors may be losing confidence in China’s ability to micro-manage the financial sector – and steer a slowing economy.

In a market where individual stocks can lose no more than 10 percent of their value in a day, the 8.5 percent drop in Shanghai’s benchmark index on the morning of Aug. 24 is dramatic. Even so, the bust is largely a domestic affair. Foreign investors own few mainland equities. That is why China’s runaway boom and subsequent bust barely registered on global markets for most of the year.

That has now changed. Asian stock markets are falling in unison, while investors are fleeing riskier currencies like the Malaysian ringgit and Indonesian rupiah. Copper, aluminium and crude oil futures have slumped to six-year lows.

A more plausible explanation lies with recent interventions by the Chinese authorities. The decision by the People’s Bank of China to decouple the yuan from the dollar has summoned the spectre of devaluation.

Though the Chinese currency has declined by just 4.6 percent against the greenback in the past fortnight, the shift in policy could herald a broader slide. Commodity producers; companies whose exports compete with those of Chinese rivals; overseas manufacturers selling in the People’s Republic; and banks that have lent to Chinese borrowers offshore are among those that are being forced to rethink their assumptions.

More broadly, global investors appear to have lost their confidence in China’s leadership. The latest stock market decline only underscores the futility of its efforts to prop up share prices at higher levels in July. If officials have now stopped trying to use government money to manipulate the market, the sell-off may actually be positive. Even so, blind faith in China’s ability to navigate its many economic challenges has gone for good.

Asian stocks dived to 3-year lows on Aug. 24 as a rout in Chinese equities gathered pace, hastening an exodus from riskier assets as fears of a China-led global economic slowdown roiled world markets.

By lunchtime in Shanghai, the benchmark Shanghai Composite index had tumbled 8.45 percent to 3,211, wiping out its gains for the year.

The Japanese yen strengthened by 0.8 percent against the U.S. dollar ,while Japan’s TOPIX index dropped 4.8 percent.