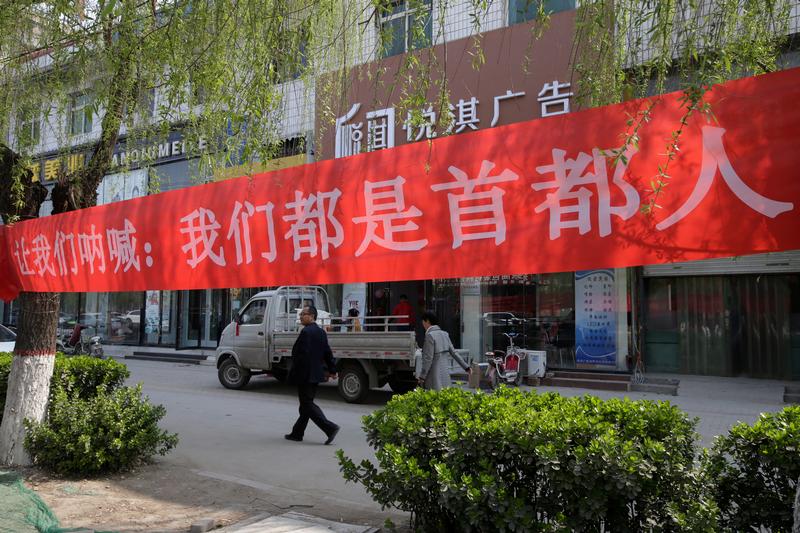 Beijing wants to relocate some government functions to a new city 100 km away. State media compare the plan to the Shenzhen free trade zone, which drove economic reform in the 1980s. This bureaucratic backwater won’t do anything of the sort, but it’s clever urban planning.

Banner saying 'We are all residents of the capital' is seen in Xiongxian, Hebei province, China, April 3, 2017. Picture taken April 3, 2017. REUTERS/Jason Lee - RTX33SRI

China announced on April 1 plans to establish the Xiongan New Area, a new economic zone, in an area in Hebei province near Beijing. Composed of three counties, it is currently 100 sq km (about 40 sq miles) but will eventually be expanded to 2,000 sq km.

"The fundamental task of this new zone is to take over non-capital functions, but it will primarily become clusters for high-tech industries," Wu Hequan, deputy team leader for the Beijing-Tianjin-Hebei integration project, told financial publication Caixin on April 3.

Real estate investors poured into the counties of Xiongxian, Rongcheng and Anxin and drove up prices, according to a report by the official Xinhua news service on April 5. Xinhua said the zone's preparatory committee said it would move to control "illegal land and housing purchase, as well as construction".

Shares in companies seen as benefiting from the massive construction project shot up in reaction, including BBMG, Tangshan Jidong Cement, and Tianjin Port.