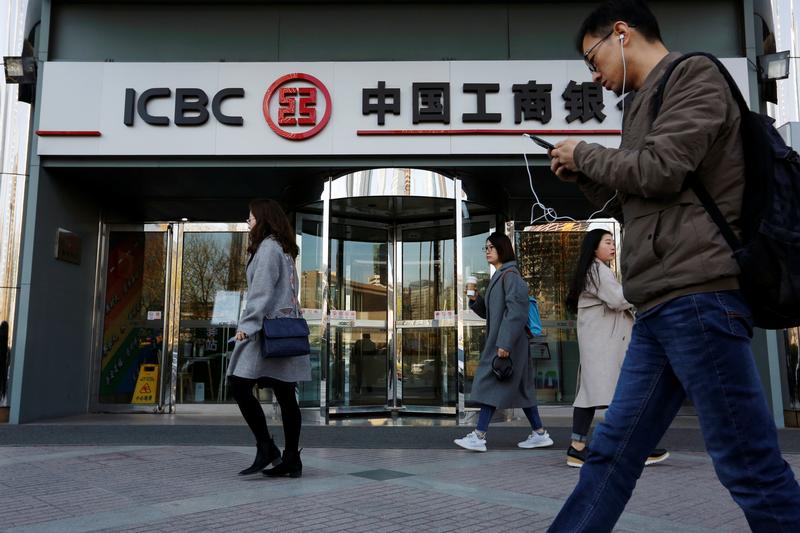 Third-quarter earnings from $288 bln ICBC and peers offered pleasant surprises, despite economic malaise, rate cuts and loans to riskier borrowers. In part, that’s down to service charges, which mega-lenders have been able to hike this year. Punier rivals are less lucky.

The results are in line with the remaining "Big Five" centrally controlled lenders. Industrial and Commercial Bank of China, Agricultural Bank of China, and Bank of Communications all reported estimate-beating third-quarter profit growth earlier in the month.

All five lenders said their non-performing loan (NPL) ratios were steady or had fallen. ICBC's edged down to 1.44% at the end of September from 1.48% at the end of June, while the other four lenders posted steady ratios. The NPL ratio of China’s banking sector as a whole is at its highest level since the global financial crisis.