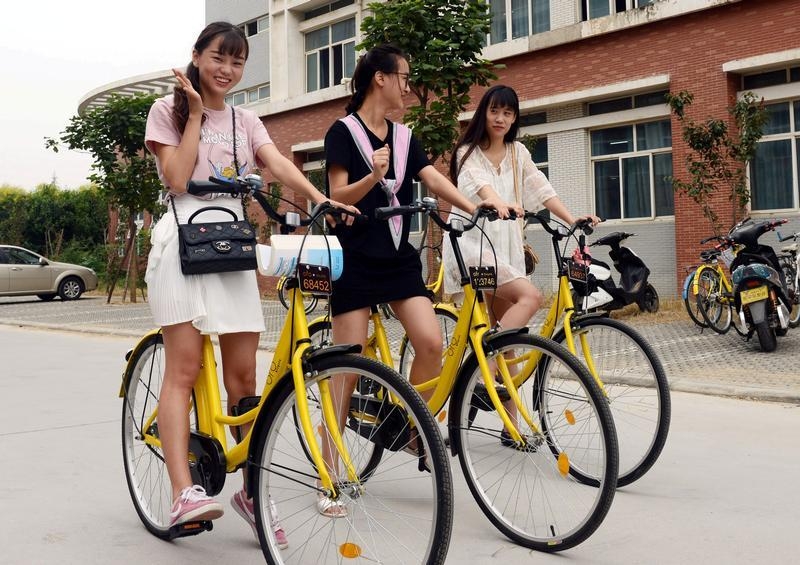 MoBike and ofo are billed as sexy pedal-powered answers to Uber, the ride hailing app. Although backed by top local tech giants, the startups are actually asset-heavy and capital-intensive. They face unique risks, but pairing smart hardware with rental economics justifies a spin.

The global bike sharing industry began as a government initiative to reduce congestion with two-wheelers and networks of self-service rental stands. MoBike, founded by a former Uber Shanghai employee last year and backed by Tencent, and its rival ofo have tweaked the model by integrating bicycles with stand-alone locks that activate with a mobile payment. Find a bike nearby, ride where you want, then ditch it wherever for the next user.

Investors hope the model is globally scalable to more developed countries where rental rates are higher. MoBikes, for example, rent for just $0.15 per half-hour in Shanghai, which at an average of 6 half-hour rides a day would generate less than $1 daily. In New York, Citi Bike charges $12 for a day pass.

Unlike “sharing economy” startups which rely on apps to squeeze revenue out of idle assets – extra seats in cars or empty rooms in apartments – smart bike firms are a different breed. MoBike is fundamentally a bike manufacturer that rents out its product; unlike Uber it can only grow as fast as it can churn out bikes.

Investors struggling for comparables are better advised to look at CAR. The Hong Kong-listed old-fashioned passenger vehicle rental company has seen its stock hammered this year by concerns about competition with ride sharing. Even so, CAR boasts an operating profit margin over 35 percent, according to Eikon.

The startups face unique challenges: vandalism to mobile payment codes, for example, and bikes hidden or locked with private locks. For a network to work, MoBike and ofo also need to distribute lots of bikes evenly around town. But if rental firms are anything to go by, profitability need not be a long distance ride.

Students pose for pictures as they use ofo sharing bicycles at a campus in Zhengzhou, Henan province, China, September 6, 2016. Picture taken September 6, 2016. China Daily/via REUTERS/File Photo ATTENTION EDITORS - THIS IMAGE WAS PROVIDED BY A THIRD PARTY. EDITORIAL USE ONLY. CHINA OUT. - RTX2PSC9

Rival ofo, which has focused on college campuses, raised $130 million in October from investors including Didi, smartphone maker Xiaomi and U.S. hedge fund Coatue, which has backed Facebook and Google.

Both companies allow customers to use cellphones to rent bicycles for one-way trips using mobile payment. MoBike bikes are equipped with GPS so they can be located using a mobile mapping application. They can be parked anywhere and immediately re-rented by another user.