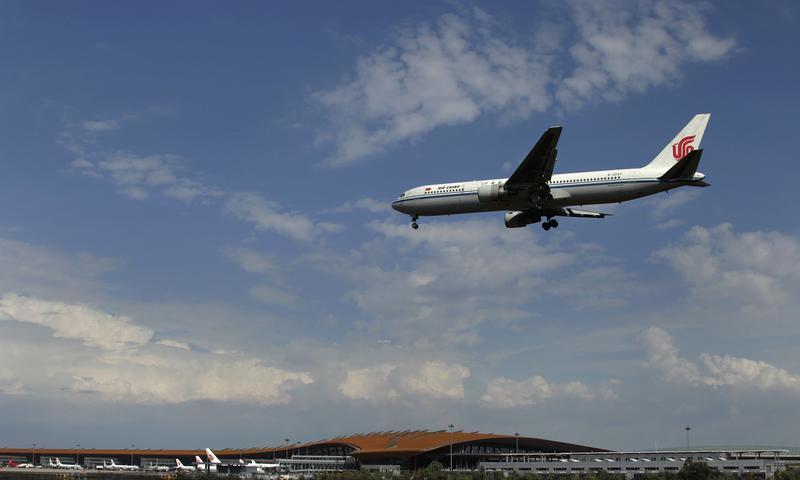 Earnings have plunged as a weaker currency adds to pressure from high-speed rail, and cheap carriers like Spring Airlines. But budget valuations don’t reflect two things: the benefits of rapidly rising incomes, and a government happy to put the brake on competition.

China Southern Airlines announced on April 28 that it had made a 306 million yuan ($49 million) net loss for the first three months of 2014, compared with 57 million yuan in positive earnings a year earlier.

The state-owned airline reported 1.4 billion yuan of financial expenses, compared with just 9 million yuan a year earlier, as the 2.5 percent drop in the Chinese yuan against the U.S. dollar during the first quarter increased the value of foreign currency liabilities.

Air China warned on April 22 that its earnings would be substantially lower because of exchange losses caused by the sliding Chinese currency.

China’s biggest four airlines, which also include Hainan Airlines and China Eastern Airlines, accounted for 87 percent of the market in 2012, according to official data.

Spring Airlines, China’s biggest budget carrier, plans to raise 2.5 billion yuan in an initial public offering in Shanghai, according to a provisional prospectus released on April 24. The carrier made 732 million yuan of earnings in 2013, boosted by 522 million yuan of subsidies.